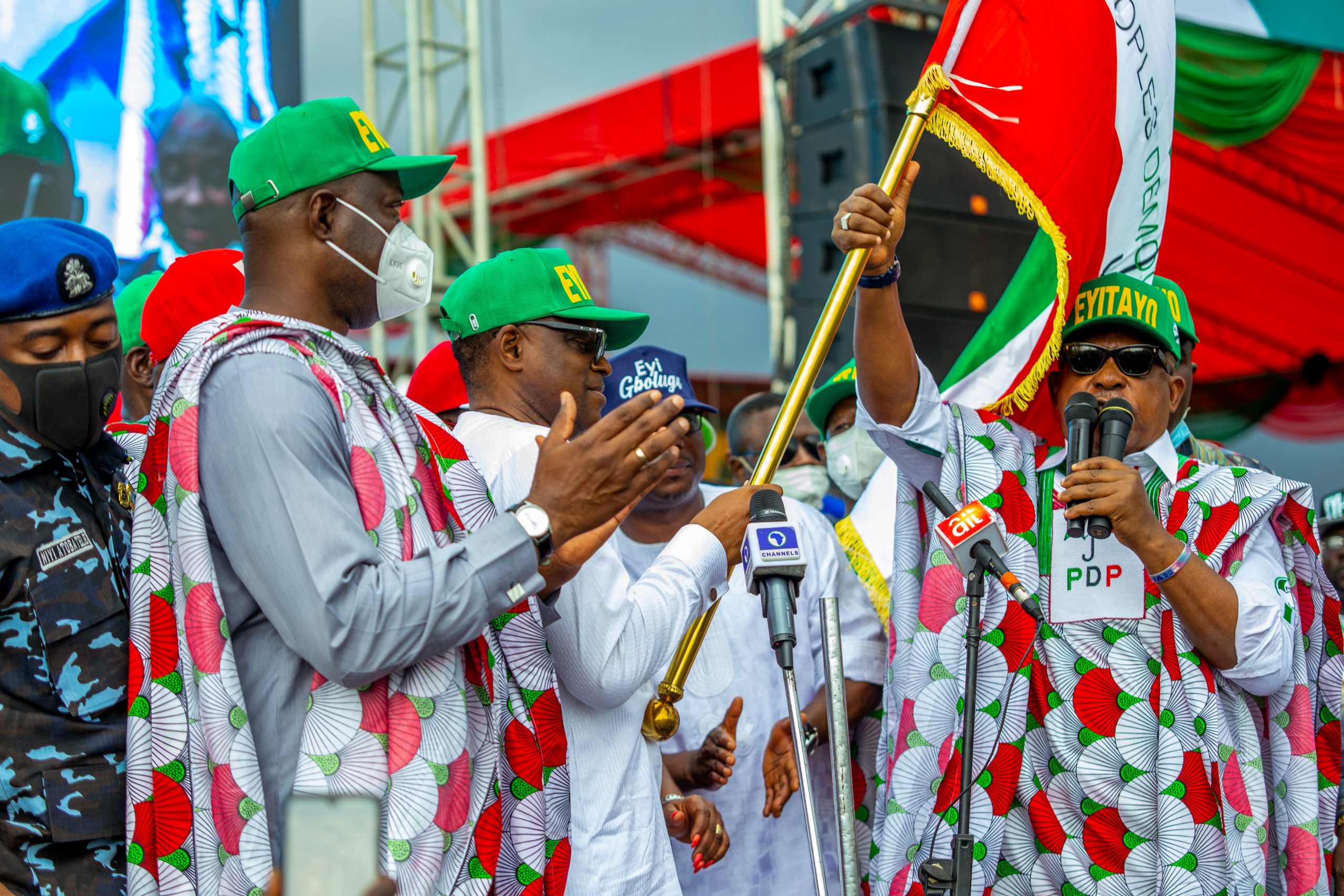 Conduct of credible election, only legacy APC will bequeath to Nigeria says Secondus

*** as PDP flags off campaign in Ondo

Leaders of the main opposition party, the Peoples Democratic Party (PDP) on Saturday flagged off campaigns for the October 10 gubernatorial election in Ondo state, declaring that conducting free, fair and credible elections remain the only legacy the ruling All Progressives Congress (APC) can bequeath to Nigerians.

Addressing thousands of party faithful in Akure, the National Chairman of the PDP, Prince Uche Secondus however restated his party’s determination to resist any attempt by the APC to manipulate the governorship elections in Edo and Ono states.

He said anybody nursing the idea of manipulating the elections must be ready to face the wrath of God.

He said the party’s candidates in Edo and Ondo states, Godwin Obaseki and Eyitayo Jegede were optimistic of victories on September 19 and October 10 respectively.

The chairman charged President Muhammadu Buhari to ensure gubernatorial elections in Edo and Ondo states are free, fair and credible.

“The elections in Edo and Ondo cannot be rigged. If the ruling party rigged these elections, they should expect the wrath of God.

“The only legacy the APC can leave is to conduct free, fair and credible elections in Edo and Ondo states.

Secondus called on the electorate in the state to vote out Rotimi Akeredolu who had personalised government and turned it into family business.

The Oyo state governor, Seyi Makinde and his counterpart in Sokoto State, Alhaji Aminu Tambuwal called on the electorate of Ondo State to elect Mr Eyitayo Jegede (SAN) so that Ondo State could join other PDP states for the restructuring of Nigeria.

They said that the Ondo governorship election “is about the restructuring of Nigeria and not about 2023 presidency election as said by the ruling All Progressive Congress (APC) during their governorship campaign flag-off last weekend.

While Makinde said Eyitayo Jegede is a man of impeccable character who has been tested and trusted and must be given a chance for the betterment of the state, Governor Tambuwal of Sokoto State berated the APC led government in areas of infrastructure, security, agriculture among others, noting that “APC is not a choice for Ondo State”.

Jegede in his address said “We serve notice on the APC, an end has come to their reign of hardship.

He promised “to run a government with human face, a government that will prioritise growing our local economy and was prepared to take Ondo State to an enviable height.