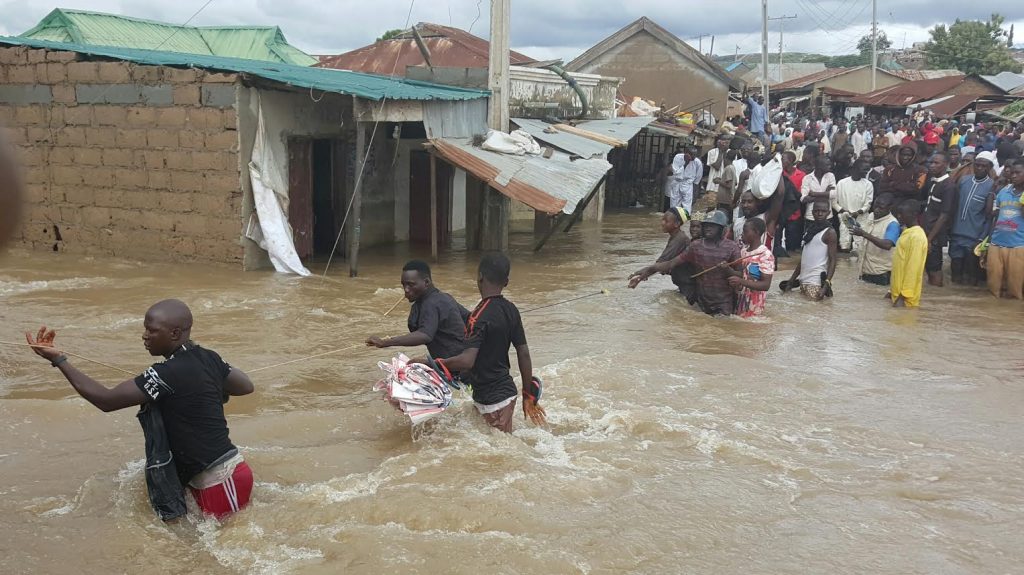 The rampaging flood disasters sweeping across many states in the country has displaced over 2,000 people in the Jebba community and its environs in Moro local government area of Kwara state.

Also, several farmlands and crops worth millions of naira were completed washed away by the flood.

The deputy leader in the Kwara State House of Assembly, John Bello told newsmen that the heavy flood was as a result of a downpour in the Jebba area a few days ago.

Bello who represents Lanwa/Ejidongari Constituency in the Assembly spoke when he paid an on-the-spot assessment to the area. He sympathised with the affected victims of the flood and assured them of government’s intervention.

Bello said that the state governor, Abdulrahman Abdulrasaq has best interest of the people at heart, adding that he will intervene and send relief materials to the displaced people.

He noted that plans are underway by the state government to evacuate the victims from the affected areas to a safe abode pending the time the downpour would cease.

Also, a representative of the National Emergency Management Agency, Esther Adaranbori, urged the people to always clear the waterways and keep their drainages clean always so as to prevent future occurrence.

Conduct of credible election, only legacy APC will bequeath to Nigeria says Secondus