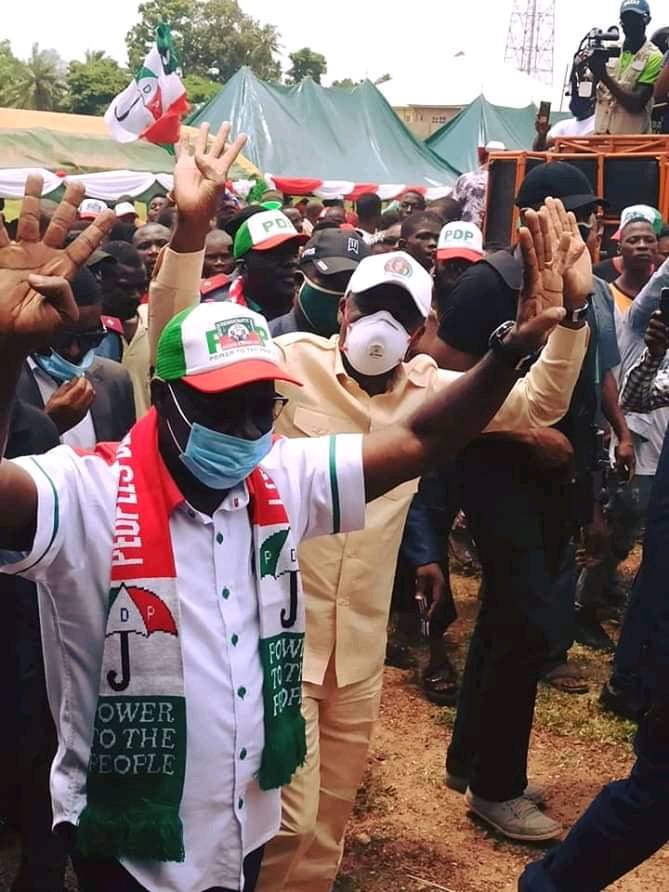 The Edo State Governor and candidate of the Peoples Democratic Party (PDP), Mr Godwin Obaseki, has called on voters to come out en masse on September 19, 2020 to exercise their franchise without fear of harassment or intimidation as President Muhammadu Buhari has assured him of a free, credible and peaceful election in the state.

According to the governor, “President Buhari has assured me that the Edo election will be peaceful. There will be peace in Edo; don’t be intimidated by the opposition, before, during and after the election.

“They are not more than us in number; vote and make sure your vote counts. Stay back in your polling units to ensure they count your vote in your present.

“To start with, after my reelection, I will construct the Udo access road, the Ofunama Road and the Nikorogha Road. The construction of these roads was hindered by godfathers who were disturbing me to share taxpayers’ money for their selfish interests.

“The forthcoming gubernatorial election in the state is about setting me free from the hands of those godfathers who never meant well for Edo people.

“These godfathers were hounding me over money meant for Edo’s development, they never wanted me to work for the people. Even with them on me, I still spread infrastructural projects across the state. Imagine me as governor without any godfather.”

“Your turnout today is an indication that you are going to vote massively for the PDP, and when I return as governor, I will construct more roads, extend  electricity to you, build more schools and employ and train more teachers from this locality,” he said.

On his part, Deputy Director-General of Edo State PDP Campaign Council, Mr. Gideon Ikhine, charged the electorate to be on the alert and report strange faces in their communities to the security agencies.

He further urged them to come out en masse on September 19, 2020 to vote for the PDP so as to return the governor to office to continue with his administration’s people-centred programmes and policies.