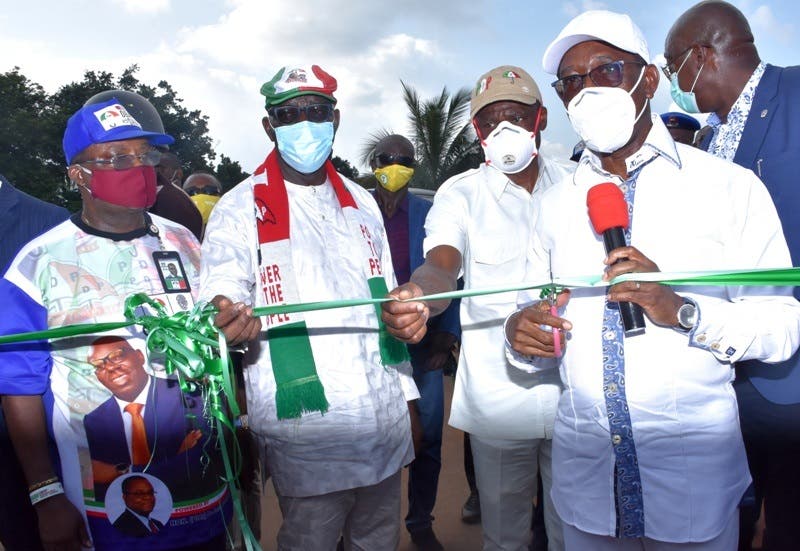 The All Progressives Congress, APC candidate in Edo election, Pastor Osagie Ize-Iyamu,has said that the involvement of Delta State Governor, Senator Ifeanyi Okowa, in the upcoming election in the state was unnecessary.

Pastor Ize-Iyamu made the remark at the palace of Zaiki of Ekpon, His Royal Highness, George Edobor, during his ward to ward campaign.

He stated that if Governor Godwin Obasek,i had done well for the people of Ekpon, the Governor would not have had any reason to bring Delta State Governor to solicit votes for him in Edo State.

The APC candidate, who stated that Ekpon was his hometown being the home of many of his friends, promised to meet the needs of the people with well spelt out programs contained in his simple agenda.

Earlier, the Zaiki of Ekpon, had appealed to the APC candidate to construct the road linking the community with Delta State if elected.

The Zaiki of Ekpon ,who spoke through one of his subjects, Mr Odianna Eriata, also asked Pastor Ize-Iyamu to renovate the secondary School in the community or  make it a branch of college of agriculture in the state.

He also requested that the candidate should make use of the vast land of the community for commercial farming if elected.

The palace thereafter prayed for the candidate.

Obaseki is not ready to be accountable to Edo people- Obayiagbon