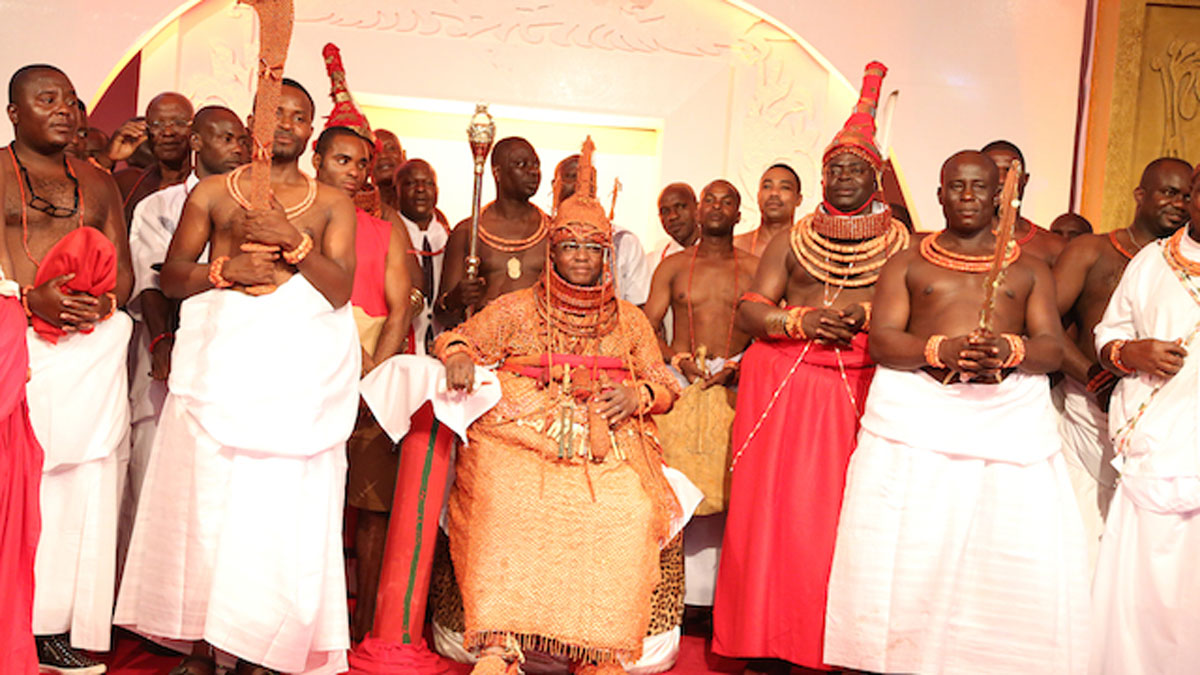 Benin monarch, Oba Ewuare II, on Tuesday called for support for the reelected Gov. Godwin Obaseki in order for him to succeed.

The monarch made the call in a press release by the Secretary of the Benin Traditional Council (BTC), Mr Frank Irabor,

Oba Ewuare II congratulated the re-elected governor saying, “the voice of the people is the voice of God.”

It would be recalled that Obaseki was on Sunday afternoon announced by Independent National Electoral Commission (INEC) as the winner of the Governorship election conducted in the State on Saturday.

Obaseki of the PDP polled a total of 307,955 votes while the All Progressives Congress (APC) candidate, Mr Osagie Ize-Iyamu got 223,619 votes.

In the press release by the BTC, the monarch commeded the President Mohammadu Buhari for ensuring fre, fair and credible poll.

Oba Ewuare II particularly commmeded the National Peace Committee led by a former military Head of State, Gen. Abdusalam Abubakar, for initiating the signing of the peace accord by the governorship candidates of the political parties.

According to the statement, “On behalf of His Royal Majesty, Omo N’Oba N’Edo, Uku Akpolokpolo, Ewuare II, Oba of Benin, the Benin Traditional Council wishes to congratulate Gov. Godwin Obaseki on his re-election for a second term in office.

“As His Royal Majesty said on numerous occasions, the Benin Throne is non-partisan that on election day let the people speak because the voice of the people is the voice of God.

“The Oba thanks President Mohammad Buhari for ensuring that the election was free, fair and violent-free.

“He also thanked all the candidates for adhering to the advice for a violent-free election given to them during the peace meeting in the Oba’s palace before the election which have been widely-acclaimed to have doused the tension that was building up before the election.”

He also thanked the Independent National Electoral Commission for the peaceful and successful election as well as the security agencies for a job well done.