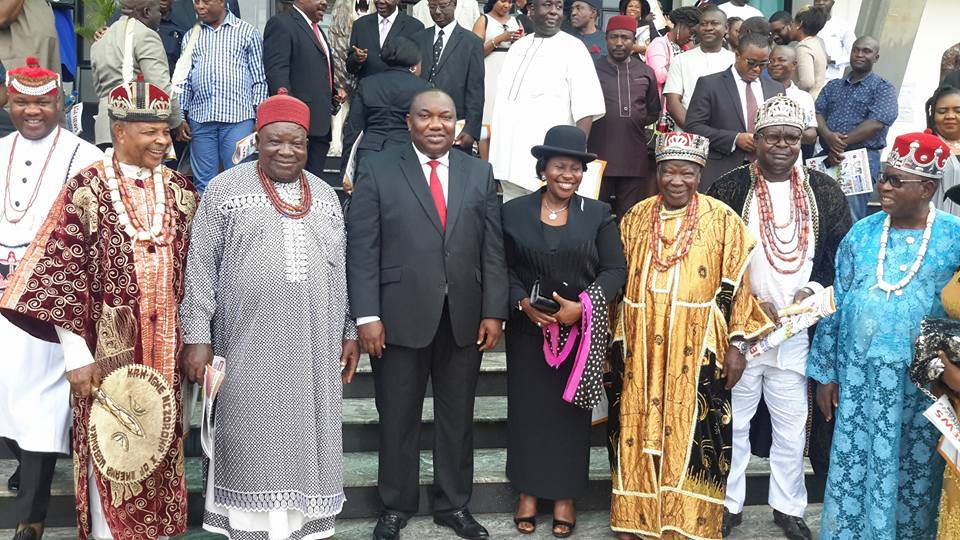 To this end, Oke urged the state government to come up with a burial legislation that would outlaw keeping of corpses in the morgues.

The traditional ruler said this on Thursday during the advocacy visit of the Labour/Civil Society Situation Room on COVID-19 to the council.

It would be recalled that the state government had at the onset of the COVID-19 suspended public gatherings including burials in order to contain the spread of the virus.

Following a reappraisal of the situation, the state government recently lifted the ban on burials and limited such to immediate family members of the deceased .

However, the monarch said that the situation had not helped the matters as the COVID-19 safety protocols were hardly observed during burials.

Oke said that keeping corpses in the mortuaries increases the chances of a large number of people attending such burials.

“In the interim, the government should place a ban on keeping corpses in the mortuaries. Anybody who dies should be buried immediately to curtail the number of people who troop to rural communities from urban centres,” he said.

The monarch said that the state government needed to act in order to contain the mysterious deaths in the state.

Earlier, the leader of the delegation, Mr Simon Onah, said that the group was in the area to sensitise the people of the council on the need to take the COVID-19 outbreak seriously.

Onah, who is the Vice Chairman, National Association of Nurses and Midwives, Enugu State chapter, said that it was sad that the pandemic was on the increase since the ease of the lockdown in the state.

He blamed the situation on the flouting of safety protocols recommended by the National Centre for Disease Control (NCDC) and government regulations.

He said that it was gratifying that two additional test machines were being installed at the University of Nigeria Teaching Hospital (UNTH), Enugu, to increase the daily number of COVID-19 tests.

He said that the only machine currently in use in the hospital had the capacity to conduct 10 tests daily “ but each of the new ones being installed can carry out 200 tests daily.”

Onah appealed to the people to improve on their personal hygiene, wear face masks and use hand sanitisers.

Also, the representative of the Civil Society Organisation (CSO), Mrs Onyinyechukwu Mammah, charged leaders of women associations in attendance to disseminate the information to their peers in the villages.

The Secretary to the Council, Mr Nnamani Vitus commended the group for embarking on the advocacy.

Vitus said that the council had done much to contain the spread of the virus in the area and had also assisted most indigent residents of the area to cushion the effect of the pandemic.

Germany records over 1,000 new virus cases, highest count since May