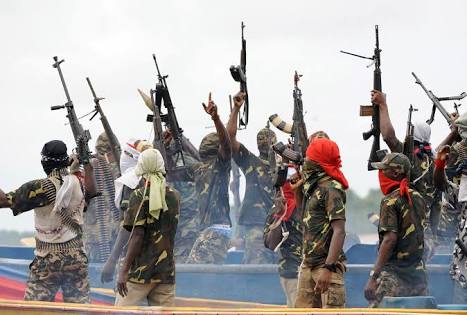 ‎The Federal Government should brace up for renewed attacks on oil and gas facilities if it goes ahead with plans to scrap the amnesty program, ex-Niger Delta militants warned on Saturday.

It was learnt that a panel set up to review the Presidential Amnesty Program had recommended its discontinuation.

Reacting to the development, the ex-militants, who spoke in Ughelli, in Delta State, vowed to resume attacks on Federal Government assets if the recommendation was implemented. ‎
‎
‎A self-styled General John Government, who spoke on behalf of the ex-militants who were granted amnesty under the p‎rogram, said the “amnesty program must continue as long as oil is flowing in the Niger Delta”.

He added, “The oil we have belong to the Niger Delta people and the amnesty programme has helped to calm our youths.

“Any attempt to stop the programme is like saying the beneficiaries should go back to the creeks.‎
‎
“The oil they are using to develop the North is from the region. Almost all the oil blocks are allocated to the north, which in itself is inciting, and they are planning to stop the meagre benefit to the youth.

“Stopping the Presidential Amnesty Program will trigger youth restiveness in the region and once that happens, the Federal Government should be ready for the consequences.”
‎
‎