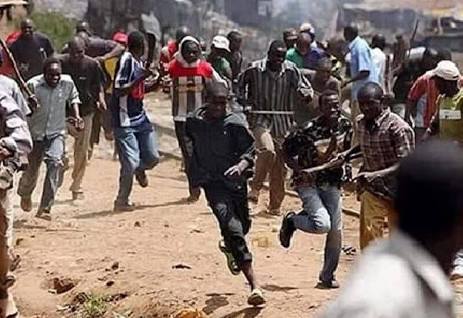 ‎A peace deal was on Saturday signed between the Atyap, Fulani and Hausa communities in Southern Kaduna.

Daily Tracker learnt that the peace deal was aimed at bringing an end to the protracted crisis in the area, which had resulted in unending killings and destruction of property. ‎

The deal was signed after a meeting convened by His Highness, the Agwatyap, Dominic Gambo Yahaya, at the Mariyamu and Yakubu Event Centre in Ungwan Wakili.

A communique from the the meeting stated that it was agreed that all grievances should be reported to lawful authorities.

The communique urged the various communities to refrain from taking the law into their hands. ‎
‎
Parts of the communique read, “The meeting appreciated the fact that all Nigerians have the constitutional or fundamental rights to move and reside anywhere in Nigeria, including Atyap Chiefdom, without any fear, molestation or harassment from anybody or any source whatsoever.‎
‎
“The summit, therefore, calls on the authorities to facilitate the return of displaced persons.

“It recommended the establishment of a standing peace committee that should comprise of Hausa, Fulani and Atyap and their youth to organise robust engagement/dialogue on security issues from time to time with a view to sustaining peaceful coexistence.”

President of Southern Kaduna People’s Union, Jonathan Asake, and spokesperson of the group, Luka Binniyat, were present at the meeting.