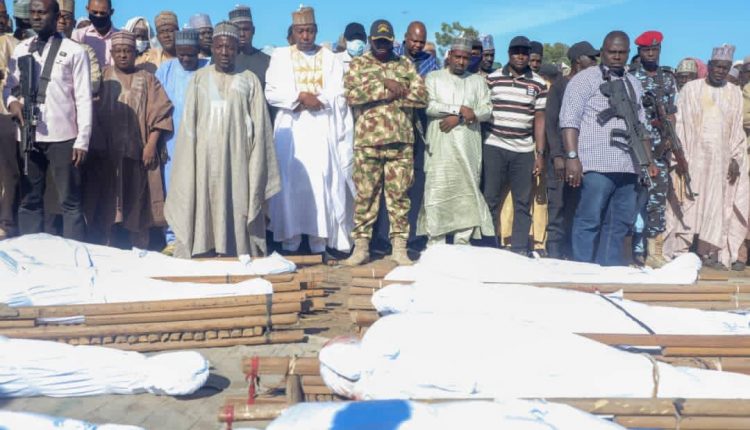 Forty-eight (48) families who were bereaved by the killing at a rice field in Borno State have been given N600,000 to get over the lost of loved ones by Borno State Government.

The bereaved families were also given bags of food items by a committee assigned by Governor Babagana Zulum to share donations received on their behalf.

The shared fund came from combined support of N20m by the northern governors forum, and N5m by the North East Development Commission (NEDC).

Zabarmari, where the victims lived, is located at Jere, in central part of Borno State.

A total of 13,000 Bag of Rice, Maize and Beans, 1,300 cans of vegetable oil,2116 cartons of seasoning Cubes, 1083 Tomato and 650 sachet of salts which were donated by the Federal Ministry of Humanitarian Affairs, Disaster Management and Social Development were also distributed.

Buba noted that each family was to combine the N600,000 cash and food varieties not as compensation for the deaths of their loved ones, but to reduce hardship resulting from gaps in access to livelihoods created by the death of mostly male victims, who are breadwinners of those affected.

COVID-19: NAF trains Medical Personnel on use of GeneXpert Machine for testing