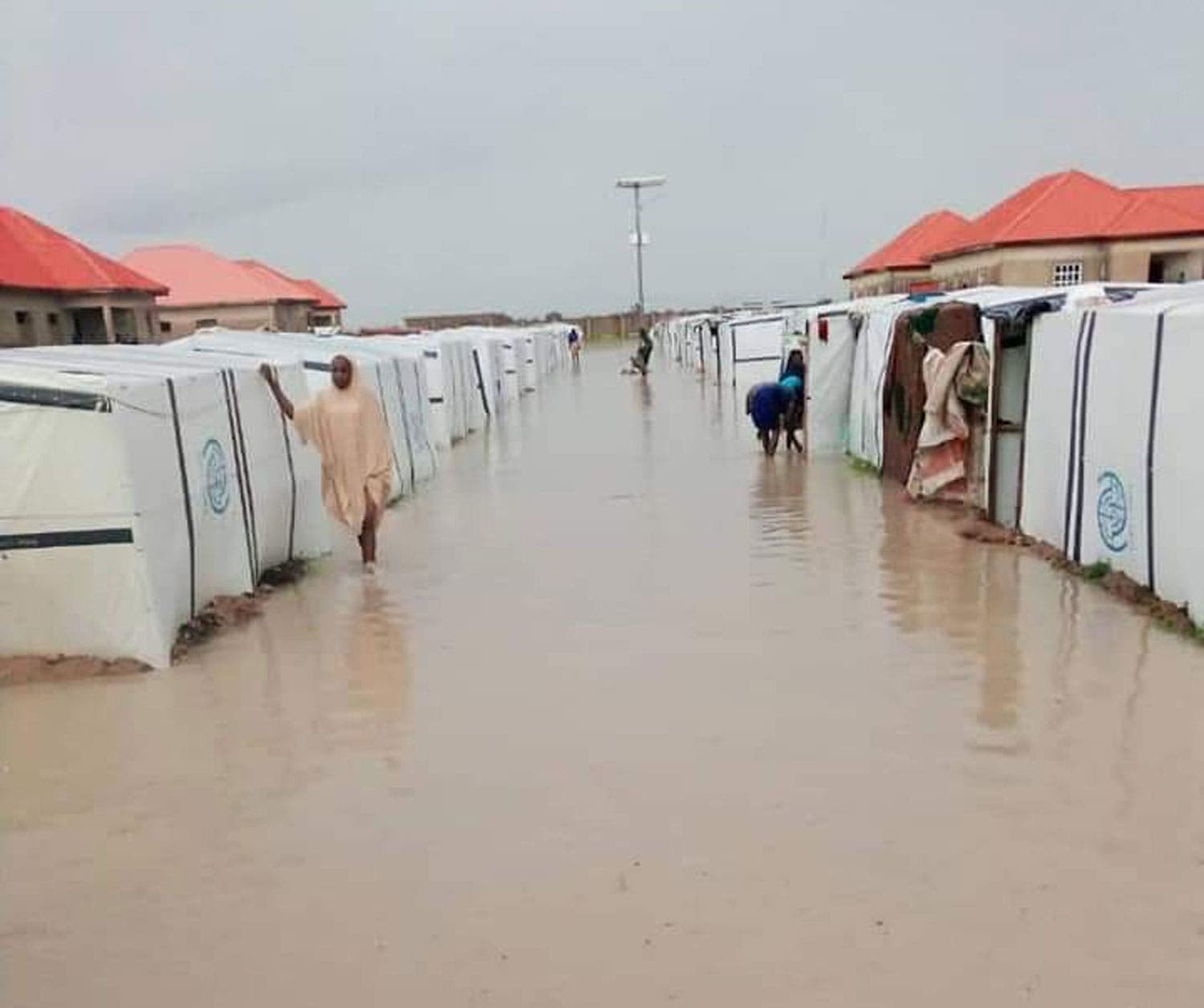 Borno State government on Wednesday said 1,300 houses standing on waterways and river banks in the state capital, Maiduguri have been marked for demolition.

Parts of the state capital in the last two months since the commencement have rainy season have been submerged by flood.

Speaking during a press conference on Wednesday in Maiduguri, the Executive Secretary, Borno Geographic Information Service ( BOGIS ), Engr Adam Bababe, said the situation calls for urgent attention and illegal structures built on waterways just have to give way.

Bababe added that it his agency which was inaugurated about five months ago have been able to generated about N200 million as ground rents since it came on board.

The BOGIS boss, who said about a billion Naira revenue is been targeted before the end of the year by the agency, cleared the air on proposed demolition of certain churches which was given religious connotation in some quarters, noting that mosques built on waterways are equally marked for demolition.

He said: “There is nothing like witch hunting or religious sentiment in the demolition excercise, we had fruitful discussions with the leadership of the Christian Association of Nigeria in Borno and they showed understanding, that the action is to save homes from being submerged by flood.

“Over 1300 houses that are built on waterways have been marked for demolition. If we leave the houses that way without removal, many houses in the metropolis will be submerged by flood.”

He urged people to stop building on areas that are not suitable for construction  of houses especially waterways and river banks, adding that people who acquired illegal structures and built on them should know that the consequences is demolition without compensation.

He said BOGIS was able to save the N200 million through ground rents and blockage of leakages from the ministry of land and survey, where unscrupulous staff connived with outsiders to defraud the government.

He said: “The digitalisation  of the land records and introduction of electronic payments for ground rents curtailed the activities of land racketeering and corruption on land matters in the state.”