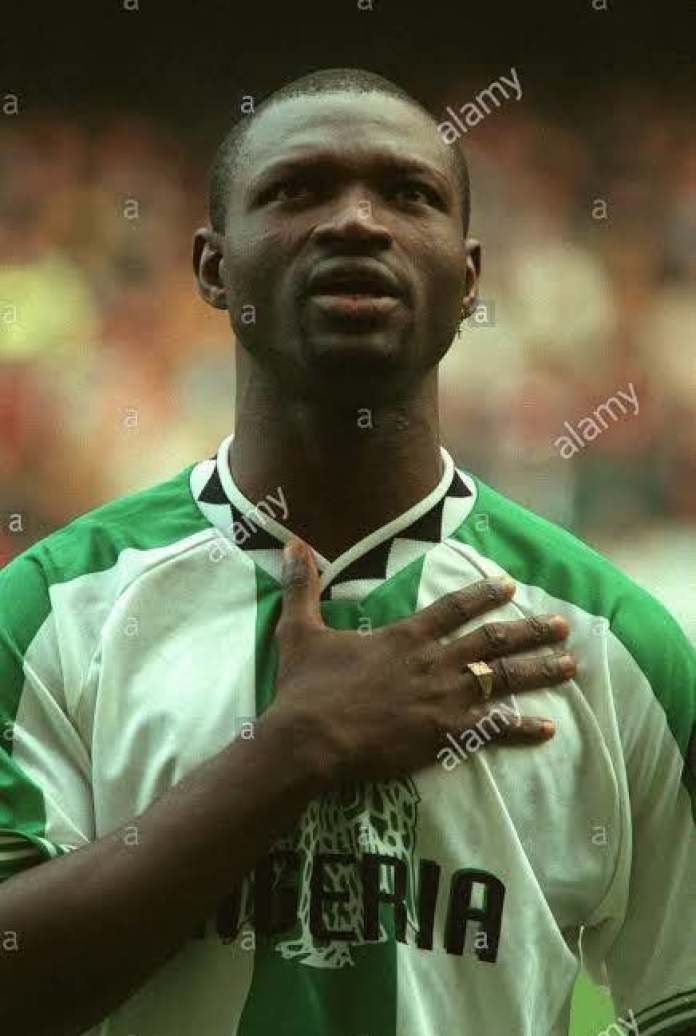 ‎Former Super Eagles and 3SC defender Ajibade Babalade is confirmed to have passed away of cardiac arrest in Ibadan on Friday.‎

Until his death at the age of 58, he was the team manager of Nigeria National League outfit Shooting Stars Sports Club (3SC).

‎Babalade played for the Nigeria’s national team, the Super Eagles, in the 90s and was part of the team that won bronze at the 1992 Africa Cup of Nations in Senegal.‎

See also  I'm the one to decide when I will leave Arsenal, not other people... Ozil
Ajibade BabaladeSuper Eagles
0
Share FacebookTwitterGoogle+ReddItWhatsAppPinterestEmail