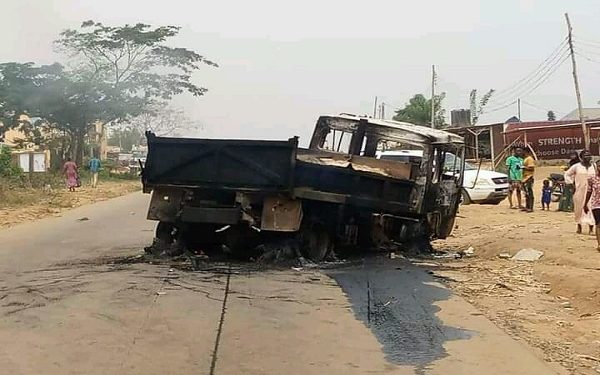 At least four students of Idito Secondary School in Lagelu Local Government area of Oyo state were on Monday crushed to death by a truck in Ibadan, the Oyo state.
The students were going to school on motorcycle, when the truck crushed them along Iwo-road, Ibadan express way.

Eyewitnesses told Dailytracker that the truck had rammed into the srudents on the Okada while trying to avoid some sheep.
The state police public relations officer, Olugbenga Fadeyi, who confirmed the incident said the Divisional Police Officer in the area had sent the signal to the state command headquarters, Eleyele, Ibadan.

Fadeyi said, “It is true. The DPO told me that the incident happened when the driver of the truck was trying to avoid killing some sheep and rammed into the students on the Okada. Police have moved to the area to ensure life and prosperity were not vandalised by the angry students.”

Apparently angered by the incident, students of the school moved to the nearby park and vandalised vehicles in the area.
It was further gathered that parents of the students have stormed the schools to pick their children, but it is unclear whether the four children belong to same parents.