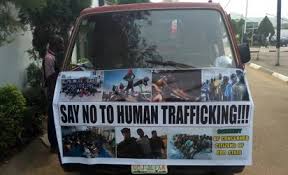 The Edo State Government says about 5,000 returnees who are victims of human trafficking and illegal migration were received and reintegrated with their families.

Attorney General and Commissioner for Justice, Edo State, Prof. Yinka Omorogbe, disclosed this while speaking to journalists in Benin City during the third year anniversary of the Edo State Task force On Human Trafficking.

Omorogbe reassured that the Governor Godwin Obaseki-led government remains committed towards eradicating the scourge of human trafficking and irregular migration in the state, noting that the government is deploying resources for advocacy and sensitisation campaigns to stem the tide.

Noting that the administration has recorded successes in reducing the trend, which has now changed international perception of Edo State, the Commissioner said: “I am very happy to say that in the past three years so many successes have been recorded.

“We have well over 5,000 persons that we have individually received and when they come in, we register them on our database. We have several other people who came in through other means that we have attended to and they are with us. We have been able to work with every person who qualified as a returnee, even those who came back before we started our work.

“We are inside the shelter that has been built to cater for the holistic needs of the returned migrants that will soon be commissioned by His Excellency Governor Godwin Obaseki.”

“We want to sincerely thank our amiable Governor for his foresight and leadership role and for creating the Edo State Task force On Human Trafficking, thereby ensuring that we are successful at everything we do. This has been the reason for our monumental strides,” the commissioner said. 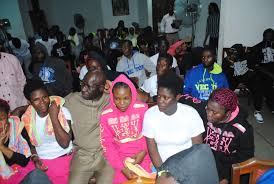 “The Task Force has been acknowledged both nationally and internationally. We have been able to set up standards. The National Agency for the Prohibition of Trafficking in Persons (NAPTIP) has openly advocated our standards in other states like Ondo and Delta and internationally, there are commendations by Special Envoys on Human Trafficking.

“These are the things we have achieved in this administration. Nothing like this has ever been done before,” Omorogbe explained.

“Initially, we saw our people travel out through great anguish but right now, we are touching the lives of the people. It is a known fact that Edo State was first in human trafficking and irregular migration but right now that has changed.

“We have some people here who have been a success story and can testify to the people on how their lives were transformed,” the commissioner said.