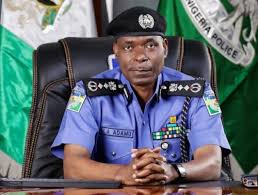 The Inspector General of police, Mohammed Adamu says thirty one thousand police officers and men are expected to take charge of policing and other security issues in Edo gubernatorial election billed for September 19.

The IG explained that there is no cause for alarm as the police has mapped out different security strategies to nip in the bud any break down of order, assuring that peace was not an option in Edo poll.

Mohammed Adamu, disclosed this to the press when he led top ranking officers on a working visit to the Benin monarch, Omo N’Oba Ewuare the second at his palace in Benin.

On his part, Omo N’Oba Uku Akpolopolo Ewuare 11 Ogidigan, described the political tension in Edo as unprecedented, challenging the police and other security agencies to rise to their responsibilities

While hailing the IGP for acknowledging palace efforts in conflict resolution, Oba Ewuare prayed to God and his ancestors for a violence free election

Highlights of the visit was the presentation of a golden police emblem by the Inspector General Of Police to the monarch for his role in conflict resolution.