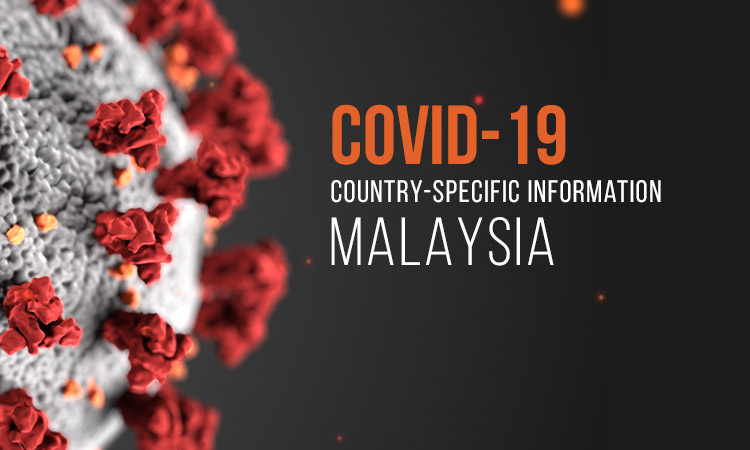 Malaysia bans travelers from countries with over 150, 000 COVID-19 cases

Even as Nigeria resumes international flight operations this weekend, the Malaysian authorities said on Thursday that it would not grant entry-permit to people from countries that had reported more than 150,000 cases of coronavirus global pandemic.

Nigeria has recorded a total of 54, 463 confirmed cases of COVID-19, according to the Nigeria Centre for Disease Control (NCDC).

“We will add more countries deemed high-risk. Their citizens will be barred,” the minister said.

The ban will cover countries such as the U.S. and Malaysia’s former coloniser Britain and will come into effect on Monday.

According to official statistics collated by Johns Hopkins University, 23 countries have recorded more than 150,000 cases of the virus.

Some above the threshold, such as Germany and Italy, recorded the bulk of their cases several months ago, while many smaller countries with lower cumulative case numbers have higher incidences of active or new cases per capita.

The revised ban comes after long-term or work visa holders from India, Indonesia, and the Philippines were told last week that they would be denied entry.

In place since the government imposed a nationwide lockdown on March 18, a ban on all tourist arrivals has been extended until the end of the year.

The lockdown was lifted on May 4 after Malaysia’s economy went into meltdown, with second-quarter gross domestic product shrinking by over 17 per cent, according to official data released in mid-August.

Tourism is worth 10 to 15 per cent of GDP, while 3 to 5 million foreigners work in Malaysia, including hundreds of thousands of Indians, Indonesians. and Filipinos.

Malaysia’s Ministry of Health has reported 128 coronavirus-related deaths. Almost 9,100 of the officially-confirmed 9,374 cases are listed as recovered.