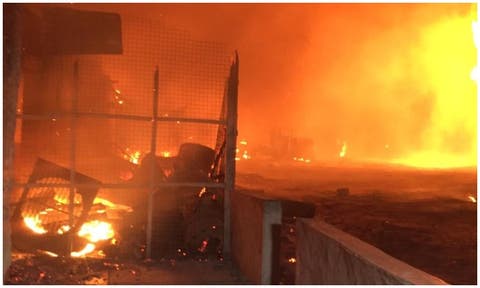 Many escape death as Gas Truck explodes along Benin-Sapele Highway

Several motorists escaped death by whiskers Saturday evening when a gas truck fell into a ditch and burst into flames along Benin-Sapele Highway.

The incident occurred while the truck was trying to maneuver potholes on the bad portion of the road at Ugbenu axis, in the Ethiope West Local Government Area of Delta State.

The extent of damage caused by the explosion was however not ascertained as at press time.

Some firefighters from the Delta Fire Service were immediately drafted to the scene of the incident.