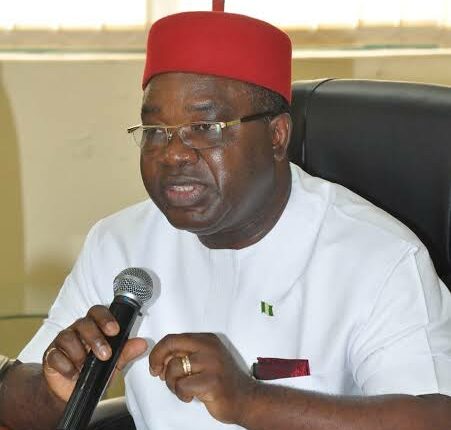 The Executive Secretary of the National Human Rights Commission (NHRC), Tony Ojukwu has said all hands must be on deck to provide a safe environment for women and children to live in.

Speaking on Monday in Abuja against the backdrop of the killing of Hanifa Abubakar, a five year old pupil by the head teacher of her school, Ojukwu disclosed that in January alone the Commission has received so many complaints of heinous acts of human rights abuse meted on women and children across the country, “and we are just in the first month of the year, this is alarming” he added.

The NHRC Executive Secretary, while expressing his disappointment in the attitude of those who are entrusted with the safety of this vulnerable group of people but turn around to betray the trust,
called on perpetrators of violence against women and children to desist from the dastardly act, saying women and children need protection from all forms of harm.

The human rights disclosed that “presently we are making our interventions in several cases including the case of a man who allegedly murdered his three children in Enugu, the unfortunate incident of Hanifa who was also allegedly murdered by her handlers in cold blood in Kano, the case of Oromoni and several others across the states,” we will follow all these cases to logical conclusions and ensure that justice is served.”

The Executive Secretary also revealed that the commission has commenced intense investigation into the case of alleged rape and subsequent death of one 16-year-old Hajafani Aisha Umar in Borno. He lamented that women and children are being treated like endangered species by their abusers.

He said the Commission was shocked when the identity of the alleged rapist was made known, “Imagine, how can a humanitarian worker who is expected to provide protection for persons under his care allegedly behave in such a barbaric way? This is most unfortunate and unacceptable ”.

He disclosed that the Borno state office is in receipt of a formal complaint submitted by the family of the deceased, “this case and several others brought to us must not be swept under the carpet as we will investigate, unravel the truth and ensure that perpetrators are brought to book” he said.

The learned silk stressed that “we have directed our state coordinators to follow every step of the required investigations in all these cases and report back to the headquarters. We will give them all the support they need and we are calling all relevant stakeholders to give us their cooperation and support as well”.

“The Commission is grateful to all stakeholders who have cooperated with the commission both within the government and civil society to deal with these heinous violations of human rights. We continue to count on your maximum cooperation,” Ojukwu further said.

He lamented that despite the commission’s effort to consistently campaign against the monster of Sexual and Gender-Based Violence (SGBV) across the country, including the establishment of SGBV panel which heard cases in the six geopolitical zones of the country, the scourge is still on the rise. “On our part, we will leave no stone unturned in bringing perpetrators to book which will serve as a deterrent to intending abusers”

In another development, the NHRC boss has condemned the attack on one Jubril Sadi Mato (Ramadan), an 11-year-old Pre-Junior Student of Elkanemi College of Islamic Theology Maiduguri.

Ojukwu revealed that the commission has also commenced investigation into this matter. “I cannot imagine why a student would want to slit the throat of a fellow student with a razor blade, what justification does he have for engaging in this wanton torture? “There is no reason for this form of human rights violation by anyone, big or small. This unfortunately shows how conscience and the sense of empathy of even young people have been brutalized by the constant violence in the polity.

The visibly sad Senior Advocate expressed his displeasure at the incessant violent attacks on children who are kept under the custody of school authorities. He said “The incidence of violence against children in schools is alarming and on the increase all over the country, today it is Silvester, tomorrow Hanifa and the next Jubril, we need to make children feel safe and have confidence in our school system and the society to protect them.

While calling on school authorities to take seriously the responsibility of protection of students in their care, he urged the government to place serious sanctions on schools with records of human rights violations including child abuse and molestation as this could help protect the right to education of children wherever they may be. The commission will commence monitoring schools to ensure the protection of the rights of children to education. Schools who constantly have a bad record of inadequate protection mechanisms for children will be blacklisted by the Commission. Schools are expected to have in place SGBV guidelines and policies for the protection of children within their care, Ojukwu said.