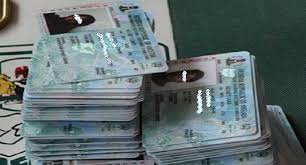 In preparation towardstheNation’s general elections, the year 2022 is expected to witness a surge in array of political activities. Political permutation and scheming by political gladiators, parties and regional interests could upshotinflammatory statements,inter/intra party conflicts, assassination and thuggery. Furthermore, internal conflicts within political parties, if not properly managedcould lead to increased defections,new alliances and/or formation of political parties thereby overheating the polity.Inadvertently, underlining threats such as terrorism, banditry, kidnapping among others will be exacerbated while regional agitations, organised crimes, arms proliferation and activities of unknown gunmen is expected to escalate. Andbecause political support for election in Nigeria is generally divided along geographical lines, the possibility of ethno-religious crises is imminent. The year could also witness rejuvenation of the civil society space and infiltrationof these groups by opposition parties within and outside the country to advance subversive interests.
On a general note, gubernatorial elections in the South West region particularly in Osun and Ekiti States,scheduled for June and July 2022 respectively will markthe start of the 2023 elections. In Osun state, with the incumbent governor on the ballot, it will be a close-fought battle due to the political infighting in the All Peoples Congress (APC) structure in the State.The region would also witness tense political wrangling between the camps/loyalists to Bola Ahmed TINUBU, the Vice President and Ekiti State Governor over speculated Presidential aspirations. In addition, heightened secessionist agitations by coalition of Yoruba Nation groups may evolve.
Likewise, the political arena in the South East is expectedto be dominated by increased unscrupulous activities of the outlawed Indigenous Peoples of Biafra (IPOB) leading to amplified acts of civil disobedience. Also, unrelenting politicians may continue to exploit Nnamdi KANU’s detention to attract sympathy and political gains. The power tussle between the erstwhile Governor of Imo State, Rochas OKOROCHA, his son-in- law, Uche NWOSU and the current Governor, Hope UZODIMMA could worsen the security situation in the state and the region in general.Although the declaration of interest by the duo ofAnyim Pius ANYIMand the Governor of Ebonyi State, Dave UMAHI though in different parties will no doubt pit their supporters against one another. This andthe quest by the PDP in Ebonyi State to retake power from the APC may heat up political activities in the days to come.
Similarly, the South-South is rife with speculations on the return of former president, Goodluck JONATHAN which is generating varied public reactions that could also overheat the polity in the region. The political atmosphere in Cross River State is envisaged to be tensed especially with the decamping of the state governor to the ruling APC. This is more so that the PDP may intensify political gimmicks to clinch back power. The rift between Rivers State Governor, Nyesom WIKE and the Minister of Transportation, Rotimi AMEACHI coupled with the intra-party conflict in the APC may degenerate with implication for peace and stability of the State.
In the North Central, though Yahaya BELLO has not formally declared interest to run for president, his posture and sideline campaigns, suggest that he is undoubtedly going to contest. The perceived intra-party squabbles between BELLO’s loyalists and that of TINUBU could snowball into violence in the State. The Nationalities Alliance for Self-determination Group (NINAS) may also intensify clamor for secession in the region premising on perceived marginalization and inequitable distribution of resources. On the other hand, activities of bandits in Niger, Nasarawa and Benue States may disrupt electioneering processes and public order/safety.
Equally, considering that all the Governors in the North West except the governor of Zamfara State will be finishing their tenures, it is projected some of them may vie for national assembly positions, which may cause major disaffection between the governors, serving senators and party loyalists. Similarly, the issue of anointing a successor may likely generate clashes between the Governors and party executives in the States. Lastly, though the political arena in the North East is relativelypeaceful,the threat of terrorism in Borno, Yobe and part of Adamawa could affect electioneering process. Also, the APC may attempt to reclaim power in Adamawa and Bauchi States, which may heat up the political atmosphere.
​That aside, it is worthy to note that as political factors shape the year’s activities, citizens remain the most viable tool for manipulation by some political actors to pursue self-centered motives. At this stage in Nigeria’s democracy, citizens must adopt and demonstrate an awakened attitude, takinginto cognizance the fact that sustainable growth and development of the Country lies in electing credible leaders. By 2023, Nigeria’ democracy will have advanced to the point where citizens should not allowrecurrentmanipulationby some politicians to use them to promote electoral malpracticesandother acts of civil disobedience. In the interest of peace and national stability, politicians must strictly play by the rules and have it at the back of their minds that rulership is only possible if the country is peaceful.Likewise,the Independent National Electoral Commission (INEC), as the electoral umpire should be conscious of its actions as it will dictate the tone of the Nation’s socio-political atmosphere before and after the elections.Security agencies should remain professional in discharging their duties and also properly analyse emerging threats and come up with measures to manage them. Therefore, a strong collaboration is recommended for the critical stakeholders.