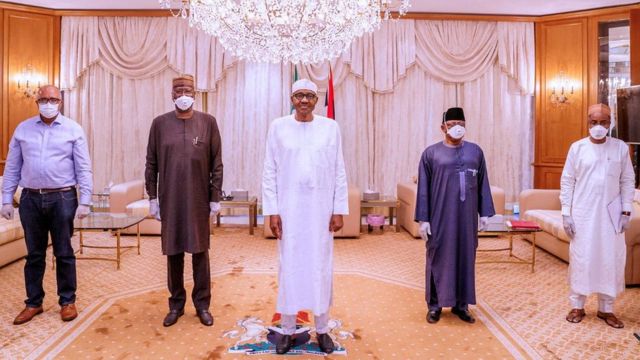 ‎
The Presidential Taskforce PTF on COVID-19 has blamed what it described as the ‘lackadaisical’ attitude of Nigerians for the continued increase in the number of cases of coronavirus disease in the country.

‎Chairman of the PTF and Secretary to the Government of the Federation (SGF), Boss Mustapha, said the intervention of the Federal Government would have flattened the curve by now had it been that Nigerians were serious in efforts at containing the pandemic.
‎
The SGF, who spoke at a press briefing on Thursday in Abuja, said the major challenge faced by the PTF was the poor attitude of Nigerians.

“Everything to fight COVID-19 has been placed out our disposal. We arrested the 2020 budget and got it revised, all in an attempt ‎to deal with the financial means in fighting COVID-19.

“We are not in short of any resources to fight COVID-19. We have coordinated a national response that took in everybody that matters in this country. The corporate world through CA-COVID has amassed a huge war-chest of resources.

“So, our major challenge as a Presidential Taskforce has been the attitude of some Nigerians.

“With our response, we would have flattened the curve.

“We would have dampened this ravaging virus by now if we had just complied with simple instructions.”

He added, “This morning, Nigerians woke up to the stark reality that our confirmed cases of COVID-19 have crossed the 50,000 marks standing at 50,488 and a death toll of 985 bringing us close to the unenviable record of 1,000 fatalities.

“These records are not landmarks to be celebrated especially as every single death further underscores the grief and pains of families and friends, scuttled lives that could have contributed to national development and abridging God’s purpose for the lost soul.

“This is aptly demonstrated by the fact that 14 of these paid the supreme sacrifice as they were doctors who toiled daily to save lives.”

The SGF said the nonchalant attitude of most Nigerians, particularly the youths, was exposing vulnerable persons to the dangers of the coronavirus disease.
‎
‎He said, “Such behaviour has been amplified in the surge in some states of the United States of America.

“Similarly, this unpredictability is reflected in the last twenty-four hours when Plateau State witnessed the highest daily number of confirmed cases.

“In the last two days, the World Health Organisation WHO had issued warnings on Vaccine Nationalism and that young people are aiding the spread of the virus.

“The latter is more germane for us as Nigerians with our over 80% youthful population and should give us more cause to be on our guard.

“It would border on extreme selfishness for our youths to believe that since they are asymptomatic carriers they can carry on with life as they please. More so that being asymptomatic does not guarantee immunity forever.”‎