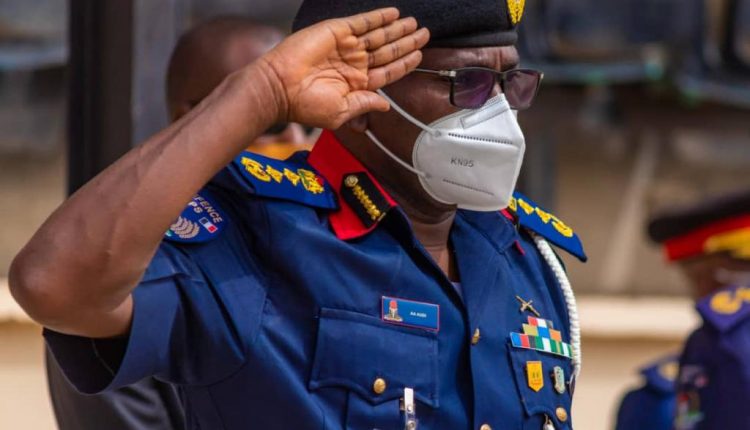 NSCDC CG: Accidental discharge of firearms will not be tolerated

The Commandant General of Nigeria Security and Civil Defence Corps, Dr. Ahmed Audi has said the accidental discharge of firearms would not be tolerated from any of his men.

The Commandant General gave out this warning while reading out the riot act to his officers and men on operational tactics and use of firearms in special operations or civil engagements. 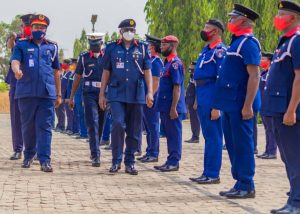 Audi hinted that the move was necessitated by the need to uphold and preserve the integrity of the service while at the same time curtailing indiscriminate use of firearms to promote transparency and accountability.

Audi, in a statement on Wednesday by the Director, Public Relations, NSCDC, Olusola Odumosu affirmed that his appointment as the Commandant General at this time in the nation’s history leaves him with no choice than to provide credible leadership to reclaim the glory of the service and reposition the Corps for excellent service delivery.

He said: “The government have absolute trust in us and expectation is equally very high; we must deliver on our mandates and let Nigerians know that we are partners in progress, the security challenges are also enormous and we have no choice than to rise to the occasion and justify our existence.”

Odumosu said while addressing personnel on a number of fundamental issues affecting the progress of the Corps, the CG declared his zero tolerance for gross indiscipline especially amongst armed-men and directed that arms and ammunitions should no longer be decentralized in units and departments across all formations, rather, should be mopped up and safely returned to the central armory controlling the arms usage of the Corps.

He warned that, henceforth, no personnel must be given arms or drafted for any assignment without tendering his or her arms training certificate as a prove of competence because the days of accidental discharges are over and his administration will not tolerate it under any guise.

He said: ‘’There is need to observe the rules of engagement in all our operations and by consciously realigning our thoughts, actions and mandates with the current realities; we will be able to completely rule out accidental discharges. We will also make sure that proper screening and evaluation of all arms-bearing personnel are conducted to determine their mental health status before entrusting arms and ammunitions to them.”

He also charged his officers and men to strive towards striking a balance between discipline, good ethical standard and enviable professional conducts at all time so that the world may see the Corps as a model organization in terms of service delivery and preservation of the sanctity of life and property of Nigerians.

He warned that any breach of his directives will attract necessary sanctions and appropriate commensurate punishment would be meted out to any erring personnel who compromise standard by involving in arms racketeering, accidental discharge or misuse of firearms.

He however reiterated his plan to invest heavily in training and retraining of his officers and men, especially the Arms Squad personnel to bring out their full potentials and strategically reposition them for the tasks ahead.

He also hinted on his intention to sanitize the system and make sure that round pegs are put in round holes, which informed his decision to set up a special committee to organize and conduct comprehensive forensic, psychological and behavioral test for all arms bearing personnel to determine those who are fit to carry firearms and separate them from drug addicts and drunkards who may bring disrepute to the service by their actions and inordinate ambitions.

BREAKING: Use your rifles to defend yourselves against IPOB members, Uzodinma tells…