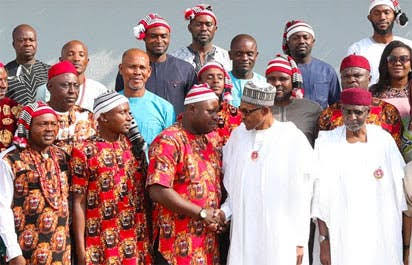 The Ohanaeze Ndigbo General Assembly Worldwide has asked President Muhammadu Buhari to appoint an Igbo as the Inspector-General of Police.

The development followed the the appointment of new Service Chiefs by the President on Tuesday. ‎

Leader of the Ohanaeze general assembly, group, Onyeachonam Onuorah, made the demand in a statement issued in Awka, the Anambra State capital, on Wednesday. ‎

He said the President did well by yielding to the long-time expectations of Nigerians for the change of the security architecture of the country.

He tasked the appointees to justify the confidence reposed in them by taking up “this onerous task and daring challenges of insecurity in our country.”

However, he said an Igbo should be made the IGP since no Igbo military officer was among the service chiefs.

“If there is no Igbo man or woman qualified for the job of the IGP, promote the Igbos next in line in the Police Force to fit in.”