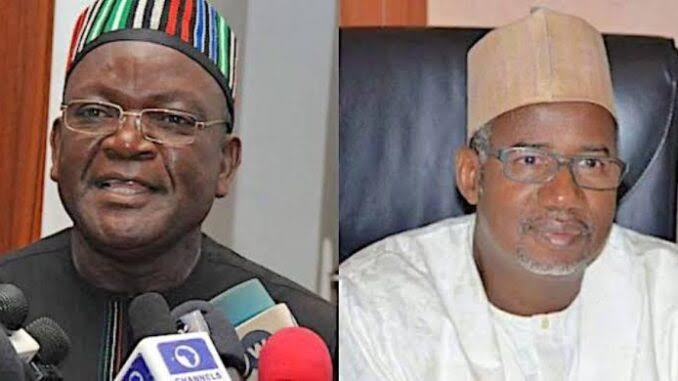 Governor of Benue State, Samuel Ortom, on Monday said Bauchi State governor, Bala Mohammed, was a member of Fulani terrorists group that has been terrorising Nigeria.

Ortom, spoke during a press conference in Makurdi, where he also alleged that the Bauchi governor had threatened his life.

Claiming that Mohammed was part of the conspiracy against him, Ortom noted that with the manner the Bauchi governor was attacking him, his life is no longer safe.‎

Mohammed had criticised Ortom when he accused him (Ortom) of masterminding a media campaign against Fulani ethnic group, stating that the situation had worsened the herder-farmer crisis.

Mohammed also accused Ortom of criminalising the entire Fulani across the country.

Reacting to Mohammed’s accusations on Monday, Ortom the Bauchi governor’s continuous support for Fulani herdsmen shows that he (Mohammed) is one of the Fulani terrorists that have invaded the country and terrorising innocent Nigerians.

Ortom said, “Since he (Bala Mohammed) has chosen to vilify and intimidate me, I am compelled to think that he is one of the Fulani terrorists terrorising this country.

“Why did I say so? This is the same governor, who took oath of office to protect the constitution of the Federal Republic of Nigeria.

“The constitution does not give room to allow foreign armed Fulani herdsmen, Tiv people or Yoruba or any ethic group to come in and to carry arms.‎

“But the Bauchi governor said every Fulani man is a global man; so, he could go anywhere at any time. It is quite disappointing to hear a governor who took oath of office to say that.”