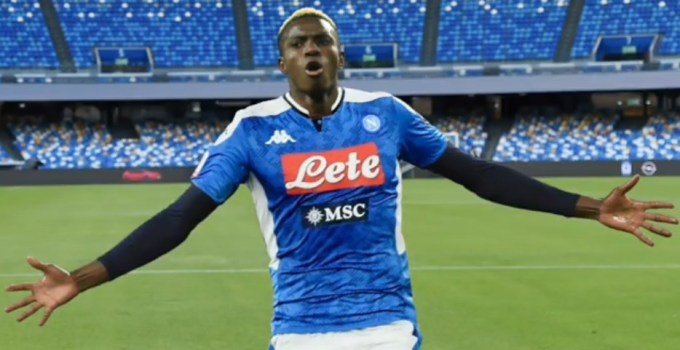 Victor Osimhen scored a hat-trick on his debut for Napoli as the Partenopei recorded an 11-0 friendly win over L’Aquila on Friday.

Napoli officially began their pre-season preparations with a mini-tournament against Castel di Sangro, who were outclassed.

The Nigerian got off to a good start, as he sprinted past defenders to score within 59 seconds.
He grabbed his second goal in the third minute before completing his hat-trick in the eighth minute.

Osimhen showed precisely what Gattuso had meant when he said the striker wasn’t just a target man, as the former Lille forward also contributed two assists and sparked several other moves with his passes.

A Faouzi Ghoulam header, Insigne hat-trick, plus braces for Lozano and Mertens completed the rout.

Mali opposition leader to junta: ‘You don’t have a blank cheque’

Man, 45 poisons self to death in Port-Harcourt