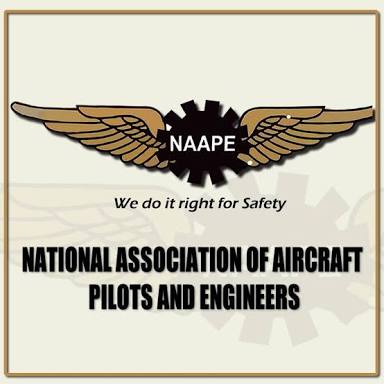 Pilots, engineers threaten to shut down airlines over sack of members‎

The National Association of Aircraft Pilots and Engineers (NAAPE), the umbrella body of airline pilots and engineers in the country, on Wednesday threatened to shut down all airlines in the country as a result of the sack of its members. ‎

Hundreds of pilots and ‎engineers have lost their jobs over the past few days as airlines engage in staff rationalisation to mitigate the adverse impact of the COVID-19 pandemic in the aviation sector.

Air Peace and Bristow Helicopters had announced the sacking of pilots and engineers on Monday and Tuesday, respectively.

However, the pilots and aircraft engineers association, NAAPE, is resisting the sack of its members.‎
‎
NAAPE has issued a two-week ultimatum to airlines, who have sacked or plan to sack their pilots and engineers, to rescind the decision.

NAAPE warned of dire consequences if the airlines fail to heed the ultimatum.

‎Speaking at a press conference in Lagos on Wednesday, President of NAAPE, Comrade Abednego Galadima, said the association has resolved to withdraw the services of pilots and aircraft maintenance engineers across all airlines.
‎
The association also urged the Nigerian Civil Aviation Authority (NCAA) to prevail on the airlines to stop the ongoing sacking of pilots and engineers.

Specifically, the association demanded that Bristow Helicopters and Air Peace should immediately recall all sacked pilots and engineers until all labour issues were resolved.

NAAPE asked the NCAA to ground the airlines if they refuse to recall the sacked workers. ‎

Galadima said, “As a result of the consequences of these illegal actions, we shall be forced to withdraw our guarantee of industrial peace within the industry if this call is not heeded within two weeks. ‎

“Our union will be left with no other option but to withdraw the services of pilots and aircraft maintenance engineers across all the airlines.”  ‎