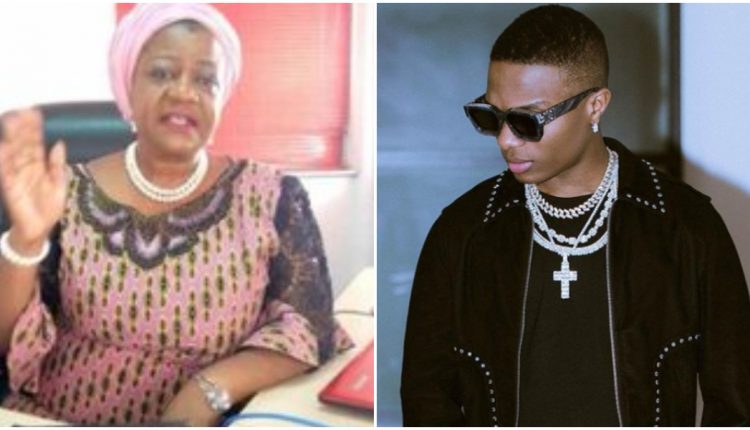 Buhari sent the ‘Get Well Soon’ message to Trump when Nigerians had taken to a social media platform, Twitter, to campaign against the excesses of the Special Anti-Robbery Squad (SARS).

Wizkid, in a tweet, told Buhari to concentrate on ending indiscriminate killings by SARS rather than worrying about the US ‎President.

“Donald Trump is not your business! Old man! Police/Sarz still killing Nigerian youth on a daily! Do something! Nothing concern u for America! Face your country !!” Wizkid wrote.
‎
‎However, responding on Tuesday, Onochie, Buhari’s aide on social media, said Wizkid was ignorant, insensitive and childish.
‎
She said in a post on Twitter, “It’s not disrespectful to call anyone old. It’s the way and manner Ayo Balogun addressed the President that leaves a sour taste in the mouth.‎

“He exhibited crass ignorance, insensitivity and childishness. But hey, he’s a #DumbkidNotWhizKid. When he grows up, he might learn respect.”‎