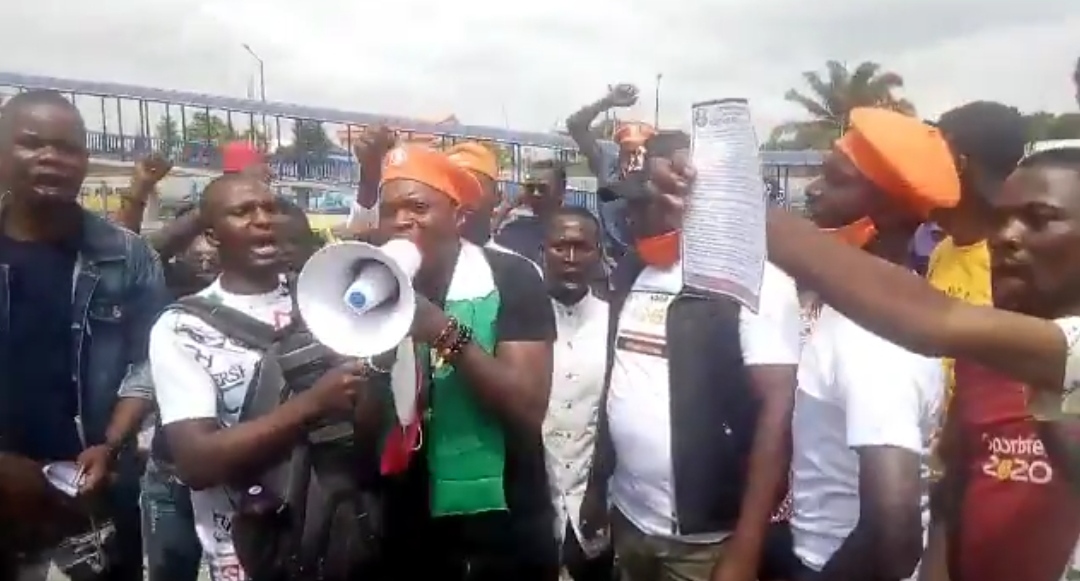 At least 19 protesters including Agba Jalingo, a journalist and activist have been arrested by the police in Lagos, as #RevolutionNow protest rocked the nation’s commercial nerve centre on Wednesday.

Jalingo was released in February this year after being detained for 179 days at the Calabar prison following allegation of treason brought against his by Governor Benedict Ayade of Cross River State.

He was part of those arrested during the #RevolutionNow protest which took place at Ikeja.

His driver, Clement Laruba, confirmed the development when contacted.

“Yes, he has been arrested, he even left his phone with me to join the protest. I am currently on my way to the Area F Police Division in Ikeja,” the driver said.

The police is yet to confirm the development.