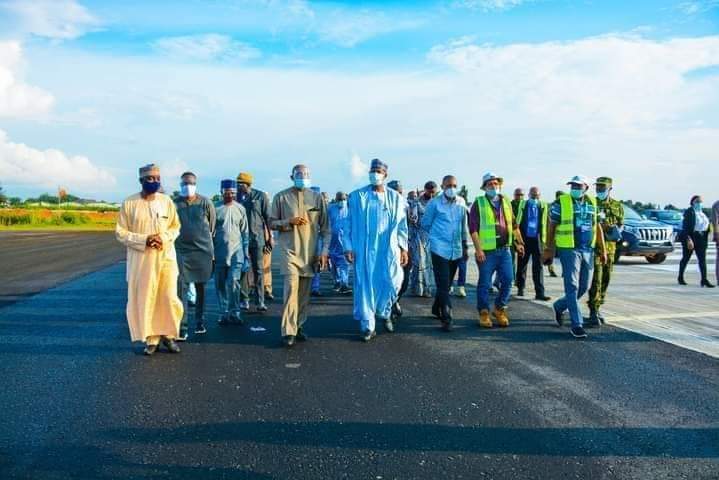 Notable leaders of the South East geopolitical zone literally rolled out the drums on Sunday to celebrate the reopening of the upgraded Akanu-Ibiam International airport, Enugu by President Muhammadu Buhari.
The leaders including the governors, federal and state lawmakers, ministers and other elder statesmen led by the President General of Ohanaeze Ndigbo, Chief Nnia Nwodo expressed gratitude to the president for the whooping N10 billion released to give the airport a facelift.
The president who was represented at the reopening ceremony by the Minister of Aviation, Hadi Sirika described the feat as a promised fulfilled. 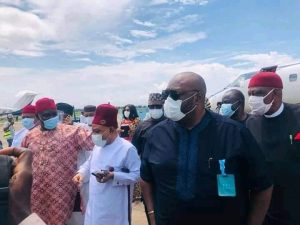 He also disclosed that the airport was next in line for concessioning in order to enhance its commercial viability and called on the people of the region to work.
Sirika said that by approving a whooping N10 billion as special funding for the rehabilitation of the airport, the president had shown how dedicated he is towards the infrastructural development of the South East. 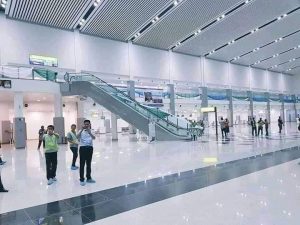 He said that though the Airport was contributing hugely to revenue generation, the federal government had to prioritise the safety and interest of Nigerians who are the primary Stakeholders.
He expressed confidence with the level of work done at the airport, while adding that he had also approved the sum of one billion naira for the continuation of works at the International Terminal building as well as the Cargo terminal in a bid to upgrade the airport to International Standards.
“With the airport reopening today, it is now open to local flights and on the 5th September, International flights will resume as soon as we begin to allow them into the country.
The chairman of the South-East Governors’ Forum and governor of Ebonyi State, Dave Umahi said that the decision to close the airport in 2019 was difficult but was in the interest of the people and their safety. 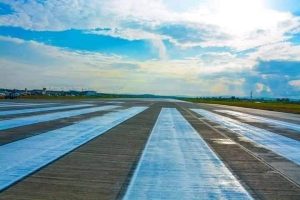 “It was a risk worth taking. And we are happy that it is being reopened today, after series of dialogues, persuasions and negotiations with the federal gov ernment” he said.
He added that further efforts will be made to ensure that the 2nd Niger Bridge is equally given requisite attention.
On his part, the Chairman, Senate Committee on Aviation, Smart Adeyemi, said that the South East deserves the same measure of attention and sense of belonging like other regions in the country.
Also, President General of Ohanaeze Ndigbo, Nnia Nwodo, said that the reopening of the airport has brought some sense of relief to the people of the South East who have often demanded equity and justice. 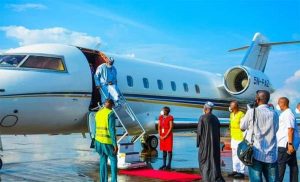