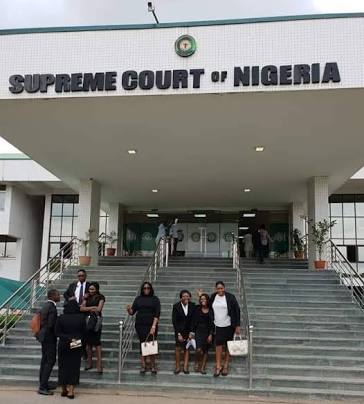 The need for social distancing as a preventive measure to curb the spread of the coronavirus disease had informed the adoption of virtual sittings by courts.

In a ruling on Tuesday, the apex court struck out suits filed by Lagos and Ekiti state governments challenging the validity and constitutionality of the virtual court sittings procedure for been speculative in nature without any valid cause of action.

The court took the decision after both states withdrew the suits filed against the Attorney General of the Federation and the National Assembly.

The Supreme Court, in the same vein, warned that any judge who refused to sit via virtual proceedings would be sanctioned by the National Judicial Council.