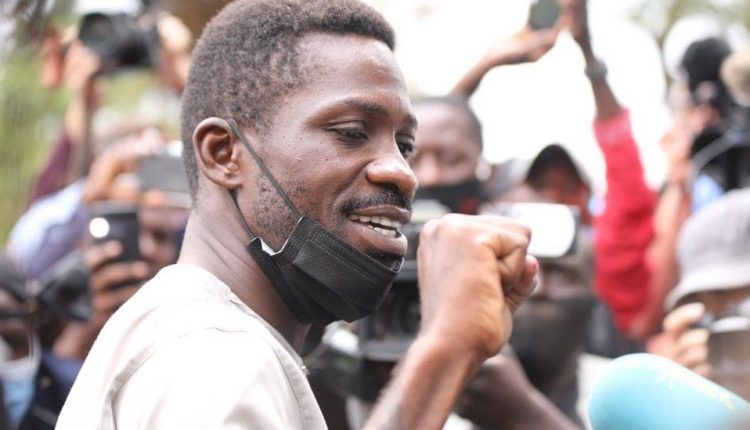 The singer-turned-politician told the BBC that he rejected the results “with the contempt they deserve”.

He alleged there had been a lot of irregularities but Mr Museveni called it Uganda’s fairest ever vote.

Campaigning had been marred by violence in which dozens of people died.

Just ahead of voting day the government shut down the internet, a move condemned by election monitors.

They said confidence in the count had been damaged by the days-long cut. A government minister told the BBC on Saturday evening that the internet service would be restored “very soon”.

In a phone interview with the BBC World Service, Bobi Wine, the stage name for 38-year-old Robert Kyagulanyi, said he was “worried about my life and the life of my wife”.

He said he was not being allowed to leave his house which was surrounded by security forces.

“Nobody is allowed to leave or come into our house. Also, all journalists – local and international – have been blocked from accessing me here at home,” he said.

The result gives President Museveni, 76 and in power since 1986, five more years as president.