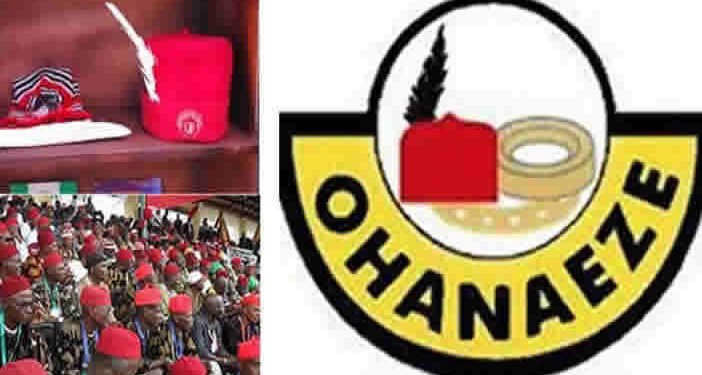 A faction of Ohanaeze Ndigbo led by Engr. Chidi Ibeh as President General on Sunday endorsed the Eastern Security Network (ESN) launched by the indigenous People of Biafra (IPOB)

The faction which has Uche Okwukwu and Mazi Okechukwu Isiguzoro as Deputy President General and Secretary General respectively also backed the proposed Joint Security Network by the Southeast Governors Forum.
The faction also announced a three-pronged priority for Ndigbo to include security, economic development and the 2023 Igbo Presidency project.

“We will ensure that external invasions from outside will be stopped without further delay, ” he said.
On the 2023 presidency, the group said that a Nigerian President of Igbo extraction will heal all wounds, address all marginalisation, all aggression and “more evidently rejig Nigeria to regain her rightful position amongst the comity of World’s Superpowers as the engine room of Africa’s Superpower.
“We urge all political parties to adopt Igbo as their flag bearers in the 2023 Presidential elections.”