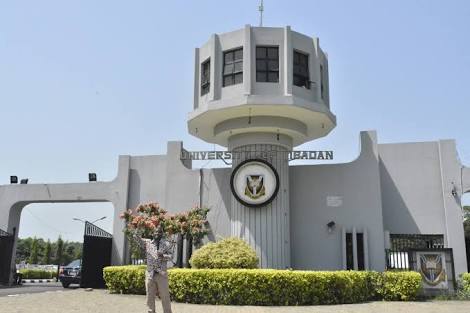 UI may have been thrown into irredeemable crisis says CAFE

The premier Nigeria’s ivory tower, University of Ibadan may have be thrown into a leadership crisis from which it “might be unable to swim out for years to come,” a group of stakeholders has said.

The group, Campaign for Academic Freedom and Excellence (CAFE), in a statement titled: “Taking the University of Ibadan Back to Glory” signed by it’s Coordinator, Ayanlola Ayanteju, said it was saddened by the turn of events in the selection process of a Vice Chancellor for the institution.

Ayanteju, said: “As a stakeholder, we are worried that a simple process has been turned into a war-like and ‘inconclusive’ process which has dragged the image of the University into the mud due to the ignoble act of one man who was desperate to cover up his tracks of poor leadership and bury the carcass of his mis-governance of the university.

“Stench from the buried carcass of his mismanagement have not only polluted the once safe and healthy environment, it has created a leadership crisis from which the university might be unable to swim out for years to come.”

Ayanteju, while describing that past administration of Prof. Abel Idowu Olayinka as perhaps “the most controversial administration in the history of the university,” alleged that there
were several disregards for the rule of law and series of manipulations which dots his administration.

He lamented that the climax of the poor administrative style of the erstwhile helmsman was the meddlesomeness in the choice of a Vice Chancellor for the university.

He alleged that the process was fraught with controversies right from the simple stage of congregation election, which adopted e-voting to technically scheme out perceived opponents, especially the non-academic staff, and this laid the foundation for the eventual protests staged by this category of staff, the kind never witnessed in the history of the University.

He added that: “The situation was further aggravated by the eventual manipulations of the process to favour those ‘ordained’ to be elected as representatives in the joint council and senate board to screen candidates vying for the position of the VC.”

Ayanteju said: “Against all appeals, and despite several petitions with unprecedented evidences against the VC alleging his special interests at imposing a candidate on the community, the University governing council was misled to continuing with a tainted selection process which initially produced, in controversial circumstances, Professors Ayoola (Faculty of Science) and Olapegba (Dept. of Psychology) in order to provide a smooth sail for the ‘anointed’ candidate of the out-gone VC. Petitions were written by aggrieved contestants, but the University governing Council refused to look into those petitions.”

He said: “CAFE therefore sees nothing wrong in the various interventions so far made by the Federal Government to help salvage the situation and redeem the already battered image of the premier University which is far sinking into an abyss. The immediate past administration, no doubt, was responsible for bringing the name of the once enviable University to disrepute through the despotic leadership style of the outgone VC. We agree that there is need for a good crisis manager who can take the University of Ibadan out of the conundrum of leadership crisis we have plunged into, and restore our lost glory and unity.

He said the present leadership of the university must consciously and carefully initiate a credible and transparent process that will produce acceptable leadership for the university who will lead it to reclaim the lost glory.

At last, JAMB begins registration of candidates for 2021 admissions