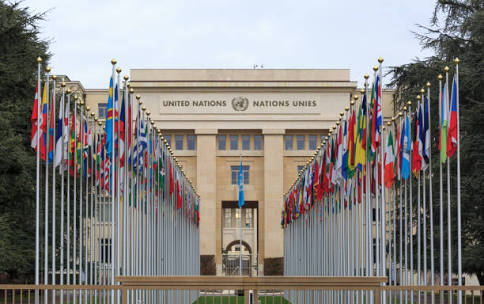 The experts made the call on Monday in a joint statement titled ‘UN rights experts urge Nigeria to overturn death sentence for singer who shared song on WhatsApp’.

They noted that Sharif-Aminu was given a death sentence on August 10 by a Sharia court in Kano State over a song judged blasphemous that he performed and shared in a WhatsApp group.

The experts called for the death sentence to be overturned and for authorities to guarantee his safety and due process rights while he is appealing his conviction.

“We are deeply concerned over the serious lack of due process in Mr Sharif-Aminu’s case so far, especially reports that he has been held incommunicado and that he did not have access to a lawyer during his initial trial, a trial that was not open to the public,” they said.

According to them, artistic expression of opinion and beliefs, through songs or other media – including those seen to offend religious sensibilities – is protected in accordance with international law.

“The criminalisation of these expressions is unlawful. Music is not a crime,” the experts said.

A special rapporteur on cultural rights, Karima Bennoune, said, “Application of the death penalty for artistic expression or for sharing a song on the Internet is a flagrant violation of international human rights law, as well as of Nigeria’s constitution.

“We are also gravely concerned about Mr Sharif-Aminu’s safety, in light of the death threats against him. Nigeria must take effective measures to protect Mr Sharif-Aminu, in detention as well as after his release.”