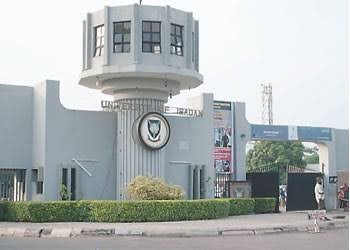 Candidates jostling for the position of Vice-Chancellor of University of Ibadan (UI) have identified under-funding and infrastructure limitation, as impediments to the actualisation of the full potentials of the institution.

They also identified challenges of welfare, instability in the academic calendar, poor research funding and others and promised to aggressively reverse the trend.

The candidates expressed their opinions on Thursday, as they met stakeholders and other members of the premier University community at a forum tagged: “One Cap; 18 heads.”

A total of 18 persons are vying for the position.

The UI Community Forum 2020 was organised by the five unions in the institution.

In his remarks, Chairman of the event, Amb. Yemi Farounbi, a former Nigeria Ambassador to the Philippines, commended those who participated in the struggle for university autonomy in Nigeria.

“Their struggle culminated immensely in the management of universities in Nigeria; one of them is the amendment to Section 3a and b of Acts No. 11 of 1993.

“By this amendment the university council now selects and appoints the vice chancellor and only informs the Visitor of the university.

“With this amendment, the university acquired full rights to hire and fire its vice chancellor, who doubles as the Chief Executive Officer as well as the Chief Accounting Officer,” Farounbi said.

He also commended those who gave birth to the idea of the University Community Forum in 2000 as a way of democratising the process of appointing a vice chancellor.

Farounbi enjoined the next vice chancellor of the institution to rise above the contemporary contradictions and ineptitude to offer fresh opportunities for building a greater Nigeria.

“That is the challenge a vice chancellor of this great university must embrace.

16 of the 18 aspirants, were physically present, while one participated online and the other, absent.

Prof. Adeyinka Aderinto, one of the lead candidates for the position, pledged to make the premier university a solution centre to the country’s challenges.

According to him, Nigeria will be running to the institution for solutions to challenges, while promising to ensure that the premier university contributes to policy development, debates and engagements.

Aderinto further promised to pursue aggressive fund mobilisation, stating that UI would be repositioned to proffer solutions to Nigeria’s problems.

Also, Prof. Kayode Adebowale, pledged to make the institution a global first rate institution, distinguished in creativity and innovation, as well as service.

“Our administration will focus on funding and finances, UI like other universities, is presently underfunded largely due to the policies of the Federal Government.

“It also has a lean IGR base. To address our funding challenge, we will be, transferring the management of all our revenue generating centres to one of our newly registered company, the UI Platinum Enterprises, to remove bottlenecks and enhance profitability and effectiveness.

“We will also encourage town and gown collaboration, so that research outcomes will be processed by the industry, to patent right product commercialisation to generate revenue,” Adebowale said.

Another candidate, Prof. Babatunde Adeleke, said he had been in the university system since 1986 and had made modest contributions in various segments of the university life, in the University of Ilorin.

“And this I hope to bring to bear if I have the opportunity to lead this institution.

“I would ensure credibility is sustained in the academic programmes in terms of the admission process. We will also make sure that the good name of the University of Ibadan is sustained.

“We would sustain the accredited programmes and new programmes will be brought, to add value to the university in terms of generating revenue,” Adeleke said.

He pledged to confront the myriads of such challenges through consolidation and innovation, to transform the university into a world class institution that would be self reliant.

Also speaking, Prof. Kolapo Hamzat promised a technology driven and research intensive university that would empower graduates to be self-sufficient.

Other candidates also promised to reinvigorate the university as a world class and truly international institution for global competitiveness.