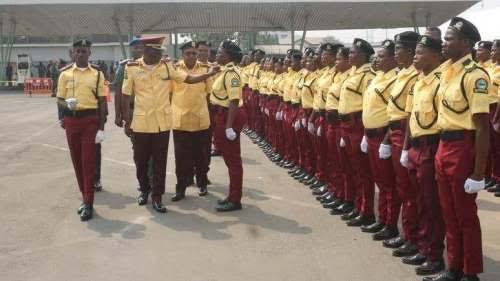 It’s not often I openly criticize the Lagos State Government. This is not because the state is run by Saints or Lagos is now paradise. No, but I have reasonable access to the leadership. So, I can easily express my concerns to them. On this occasion, I have decided to speak out openly-and it’s about LASTMA.

This morning a friend called me to see if I could intervene in her colleague’s case with LASTMA. Her colleague, who was sleeping in the back seat through the dreaded early morning commute from the Mainland to the Island, was woken up by shouting and banging on her car. LASTMA had surrounded her car and insisted her driver must clear off the road-in that massive traffic! He complied.

To cut the story short, they told her they would take them to Olowu in Ikeja (loun loun from around Dolphin!). Then, they changed their minds and decided to take them to the LASTMA office in Sura. I guess it was a scare strategy to throw her into panic mode. That was when my friend called me. We made a 3-way call with her friend so I could get a sense of what exactly happened. My friend’s colleague’s driver was so sure he didn’t commit any offense. They just picked on him “for breakfast”.

That done, I asked to speak with the LASTMA officer who, at this time, had taken over the steering wheel of the car. Initially he refused to talk to me claiming he was being recorded. Then, he relented and spoke calmly to me. So, I told him (LASTMA) I didn’t know him and he didn’t know me too but I would plead with him to let my friend and her driver go because of God.

I told him she was running pretty too late to work and would delay transactions in her bank branch, if she didn’t get to work soonest. The guy thanked me and then asked me: “Oga, is it better for them to go to the office to pay N100k Fine and other things or to settle us right here and now?” At this point, I told him I have him on record (audio and video)

I remembered Mathew 5:25: “Settle with your adversaries while still on the way….”, but I asked the lady not to settle them. I told her to leave her driver and the car and take a cab to work! She hesitated a little bit and then agreed. At this point, the LASTMA guy knew it was “bad market”. He left them and went away cursing. He initially asked for N30k and then reduced it to N15k and later to N10k!

Look, no matter how good the Governor and his commissioners and other officials are on their jobs, these lowly workers can spoil things and damage their reputation. LASTMA was formed based on an excellent idea and an unquestionable philosophy but it does seem many people of questionable character have infiltrated the organization.

Granted, it thus seem, there must be at least one Judas in every 12, the prevalence of bad eggs in an otherwise good organization is very disturbing. It should attract a bit more attention by the powers that be. Meanwhile, there are times and places one would expect LASTMA to be active but instead they would turn a blind eye to the recklessness and indiscretions especially of commercial bus, Keke and motorcycle drivers.

I do not want to recount incidences of stupid even dangerous behaviors by LASTMA officials. Those are well documented on Social Media. The sad thing is those shameful, horrible videos, photos and memes don’t seem to do anything to the psychology much less pride of LASTMA. Or does it? I’m not aware!!!

It’s not good-and what’s not good is definitely bad. Something has to change at LASTMA!