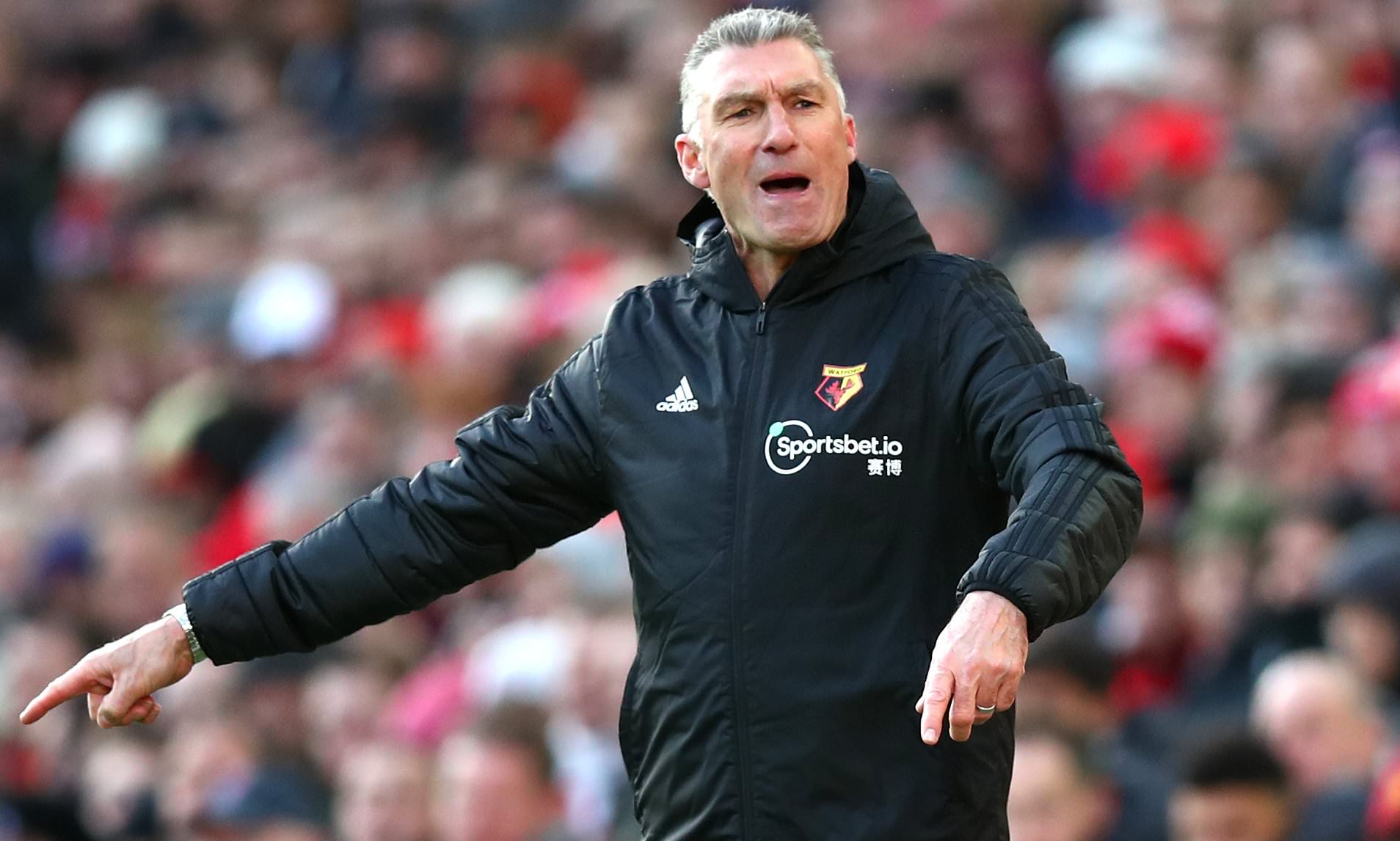 Ahead of the final week of the Premier League, British media reports show that Watford have sacked manager, Nigel Pearson, even as they battle for survival.

Pearson, 56, was sacked by the club’s technical director, Filippo Giraldi.

Watford are 17th in the Premier League, three points above the relegation zone ahead of Tuesday’s visit from Manchester City. Wins against Norwich City and Newcastle United gave Watford breathing space over the bottom three.

But a woeful 3-1 defeat at relegation rivals, West Ham on Friday appears to have convinced the club’s hierarchy to axe Pearson.
His assistant Craig Shakespeare is also expected to depart, with the club yet to confirm the decision.

Pearson took over from Quique Sanchez Flores, who lasted just three months after replacing Javi Gracia. Pearson became the third manager of the season when he was appointed in December.

The Hornets were bottom of the table when he arrived, but seven wins in his 23 games gave them hope of avoiding relegation. Watford, who travel to Arsenal on the final day of the season, were boosted by the defeat of Bournemouth by Southampton on Sunday.