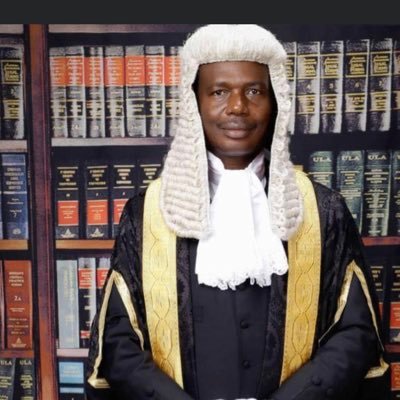 A human rights lawyer, Ebun-Olu Adegboruwa, SAN, has said the burial of late Nigerian Air Force Flying Officer, Tolulope Arotile, should be suspended until the conclusion of investigations into the circumstances that led to her death.

Adegburuwa spoke as the Nigerian Air Force (NAF) on Sunday ruled out any foul play regarding Arotile’s death as the preliminary report of an investigation into the unfortunate incident did not suggest such. The Air Force also named the driver of the car that killed Arotile as one, Mr Nehemiah Adejoh, her secondary school mate.

NAF had announced that the late Arotile, Nigeria’s first female combat helicopter pilot who died on July 14 will be laid to rest at the National Military Cemetery in Abuja on July 23.

The Air Force had explained that a former classmate ‘inadvertently’ killed Arotile while reversing a vehicle to greet her. The incident reportedly took place at the NAF Base in Kaduna.

But, in a statement on Sunday, Adegboruwa said the combat helicopter pilot should not be buried until the conclusion of the investigations.

According to him, Nigerians need to know the truth about how Arotile died.

The statement read, “The sudden death of Tolulope Arotile has caused a national mourning in this time of COVID-19 pandemic.

“It is tragic, painful and gruesome. The inconsistent stories emerging from the Nigerian Air Force has not helped to douse the suspicions.

“The least we expect is a proper investigation, followed with a Coroner’s Inquest, including an independent autopsy report.

“There is no point in rushing to bury her in the light emerging revelations.”

Adegboruwa listed questions that should be addressed by the investigations to include “Who drove the car? Where did the accident happen? Where was Arotile going to? A reversing car means it had passed her, so was she trekking? Was she blindfolded not to see the reversing car to escape? Were her legs tied?

“What kind of medical treatment did she receive? In which hospital was she treated? Who called her out from her rest after a successful air combat on bandits? Why are there inconsistent statements from the Nigerian Air Force, being released in bits and pieces?”

He urged President Muhammadu Buhari to to direct a full investigation into her death, and suspend the burial plans until the conclusion of the investigations.

Meanwhile, NAF on its part told newsmen on Sunday in Abuja that preliminary report of its investigation into the death of Arotile did not suggest any foul play in her death.

Director of NAF Public Relations and Information, Air Commodore Ibikunle Daramola, said three of her classmates in a KIA Sorento saloon car that hit her along Mando area of Kaduna, will be handed over to the Police for further investigation and they will be charged to the civil court thereafter.

According to him, Arotile died of blood forced trauma to the head and significant bleeding because she hit her head on the pavement of the road and the car also climbed part of her body, making it clear that there was no trace of alcohol or psychotropic substance on the blood of the school mates in the car after they were subjected to a medical test to ascertain their state of mind.

Daramola said the late Arotile met three of her former schoolmates at the Air Force Secondary School now Air Force Comprehensive School, Kaduna, on the day of the incident.

“Mr Nehemiah Adejoh, Mr Igbekele Folorunsho and Mr Festus Gbayegun, drove past her in a Kia Sorento, with registration number AZ 478 MKA. It is noteworthy that Messrs Adejoh, Folorunsho and Gbayegun are all civilians who live outside NAF Base Kaduna, but were on their way to visit one Mrs Chioma Ugwu, wife of Squadron Leader Chukwuemeka Ugwu, who lives at Ekagbo Quarters on the Base.

“Upon recognising their schoolmate, Arotile, after passing her, Mr Adejoh, who was driving, reversed the vehicle, ostensibly in an attempt to quickly meet up with the deceased, who was walking in the opposite direction. In the process, the vehicle struck Flying Officer Arotile from the rear, knocking her down with significant force and causing her to hit her head on the pavement. The vehicle then ran over parts of her body as it veered off the road beyond the kerb and onto the pavement, causing her further injuries.”

Adeboye to Critics: ‘My messages are for my children’