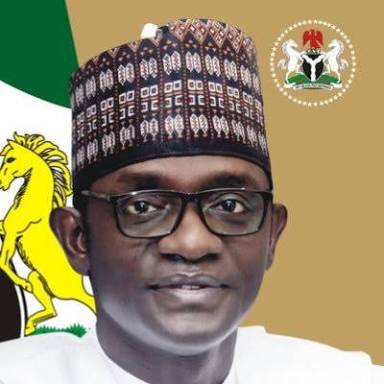 Yobe State Governor, Alhaji Mai-Mala Buni on Thursday joined the rest of the people of the state to mourn the death of a former commissioner, Alhaji Dala Ago.

Ago died in a motor accident on Yobe highway on Wednesday and scheduled for burial on Thursday.

A press release by the spokesman to the governor, Mallam Mamman Mohammed said: “Yobe state Governor Hon. Mai Mala Buni has received the sad news of the death of Alhaji Dala Ago a former commissioner who died in a ghastly motor accident along Potiskum Jakusko road on Wednesday.  “Buni described late Ago as a dedicated public officer who lived his life in service to the people, the state and the nation.  “The Governor said the death of the former commissioner was not only a loss to the family but to the state too.  “The deceased was a former Secretary of the National Union of Teachers (NUT), local Government Council Chairman, former Commissioner and currently, Chairman Bade Local Government Environmental Sanitation Agency.  “The governor prayed Allah (swt) to forgive his shortcomings and grant the soul of the deceased eternal rest in Aljannatur Firdaus.  “Meanwhile, Governor Buni has directed for a step down of state function in honour of the late former commissioner.”

Late Ago is expected to be laid to rest in Damaturu, the state capital on Thursday.