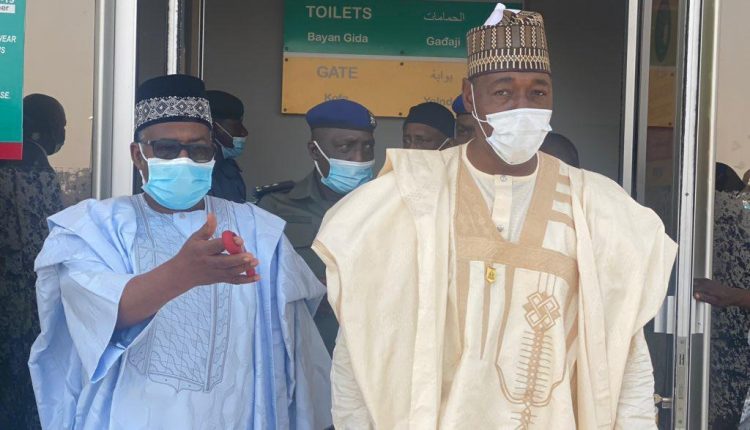 Even as the Peoples Democratic Party (PDP) is yet to face the reality of the defection of Governor Dave Umahi to the All Progressives Congress (APC), a major political tsunami awaits the party in Bauchi State.

The indication was made public by Governor Babagana Zulum of Borno State on Thursday when he shocked everybody that his Bauchi counterpart, Bala Mohammed will soon dump the opposition party for the ruling party.

Zulum spoke when he led the North-East Governors to perform the groundbreaking ceremony for the reconstruction and upgrading of the Bauchi State Government House on Thursday.
He, however, did not give further details on his statement about Mohammed joining the APC.

Zulum who is the Chairman of the North-East Governors’ Forum said, “I want to express my appreciation to my colleague, the Governor of Bauchi State, and my other colleagues for giving me the support to take the North-East Governors’ Forum to a greater height and indeed to the next level.
“The only quarrel that I am having with my colleague, the Governor of Bauchi State is his refusal to come into the APC.

“But inshallah, very soon, he will join us. He’ll join the Progressives. I am here to support him.”
The North-East Governors have been in Bauchi State since Wednesday for their 4th Zonal meeting hosted by the state.
Those in attendance were the host Governor, Bala Mohammed, Governor Inuwa Yahaya of Gombe, Governor Umaru Fintiri of Adamawa, and Governor Babagana Zulum of Borno.