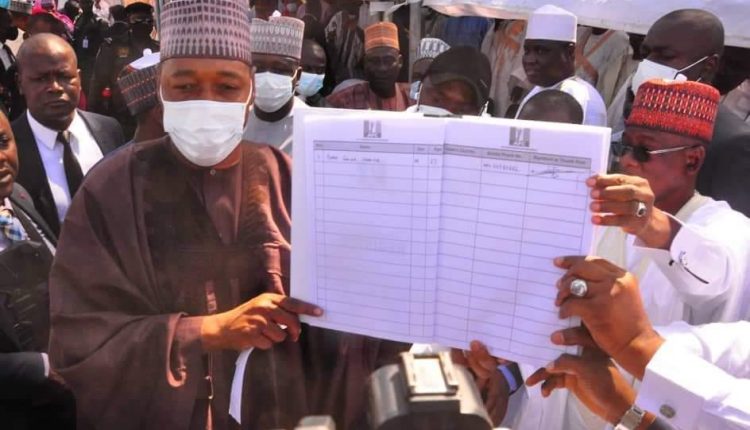 Borno State Governor, Prof. Babagana Zulum and his predecessor, Senator Kashim Shettima have both revalidated their membership of the All Progressives Congress (APC) in the ongoing Registration and Revalidation exercise of the party.

The governor, who was accompanied by many prominent politicians and personal aides among them Senator Kashim Shettima (presently representing Borno Central in the Senate), the State’s APC Caretaker Chairman, Hon. Ali Dalori on Tuesday morning revalidated his membership status at Mafa local government area of the state. 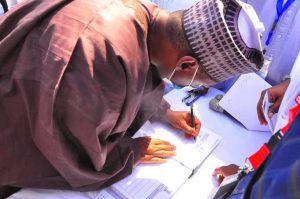 The Governor was issued a new membership card in his poling unit at Ajari central polling unit in Mafa, headquarters of Mafa Local Government Area under the supervision of Hon. Ali Dalori, the State Party Caretaker Chairman.

Addressing party supporters after the revalidation exercise, Zulum expressed his happiness and enjoined all APC members across the State to ensure they follow suit.

In a similar development, the Senator representing Borno central at the National Assembly, Senator Kashim Shettima on Wednesday morning took turn to revalidate his membership of the party at his Alhaji Lawan Kukawa 023 polling unit of Lawan Bukar, Lamisula Jabbarmari ward of the Maiduguri Metropolitan Council.

Senator Shettima was at the validation exercise alongside the Deputy Governor of Borno State, Hon. Usman Kadafur, flanked by members representing Borno at various constituencies at the Federal level, party executives and thousands of party loyalists.