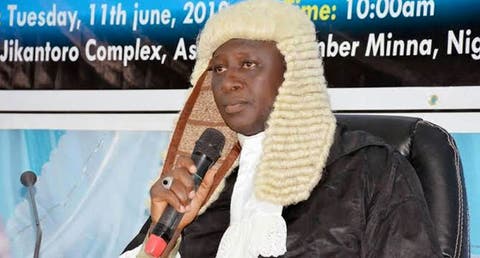 As the jostle over which of the zones should produce President Muhammadu Buhari’s successor by 2023, the Niger State House of Assembly, on Thursday, said next Nigeria’s president sould come from the North-Central zone.
The lawmakers also endorsed the presidential bid of the Governor of Kogi State, Alhaji Yahaya Bello.
The assembly took the decision when 25 lawmakers from Kogi State under the leadership of the Speaker, Mathew Olusola, paid an advocacy visit to solicit support for Bello.

The Niger State lawmakers noted that it was time for the zone to come together to support Bello’s ambition, noting that “as a young and vibrant governor, and with the ‘not too young to run bill’ already assented to by President Muhammadu Buhari, he (Bello) remains the best candidate for the number one position in 2023.”

After various contributions from the members, all in support of the candidature of Bello, the Speaker of the Niger State House of Assembly, Bawa Wuse, speaking on behalf of his colleagues said, “We must come together from the North Central states to support this laudable and worthy project for the benefit of the people of the North Central and Nigeria in general.

“We need somebody from the North Central for the Presidency in 2023, so since Governor Yahaya Bello has come out for now, he has our support, he has our endorsement and we will support him.”