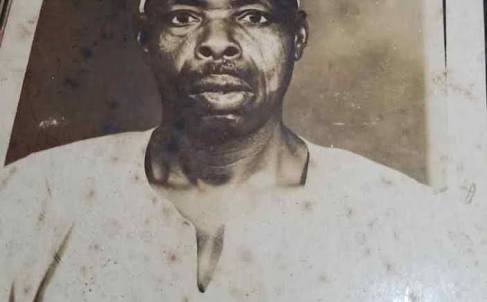 Alhaji Alimi Bello: Tribute to a gallant soldier with integrity

Alhaji Alimi Alamu Bello, a gentleman, family man, galant soldier and war veteran who fought in Nigerian Civil war and World War 11, is fondly remembered by his family on the 30th anniversary of his passage to the great beyond. Until his death on December 20th, 1990, Pa Alimi was the leader of ex-service men in Iwo Zone, which comprises Iwo, Ejigbo, Olaoluwa, Ayedire and Gbongon Local Government Areas in Osun State. And he used to host soldiers from every nook and cranny of the country in his residence, Olowe’s Compound, Molete Quarters, Iwo, to celebrate veterans of the World War I & II as well as civil war in Nigeria every January 15 of the year. His Nigeria Army No. is NA96851
We are glad and grateful that his immense contribution to the oneness of Nigeria was recognised by His Excellency, the former Governor of Osun State, Prince Olagunsoye Oyinlola, 15years after. The post-humous award was received by Aleem Ibrahim Ayofe who is now Chief Imam of Omotokese Central Mosque, Iwo. Gallant Alimi retired from the GOC 6th Division, Nigerian Army Headquarters, Bori Camp, Port Harcourt, Rivers State.
The grief we experience never ends, but we have learnt to live with the pains of his exit and taken solace in the beautiful memories of him that we still cherish. It hurts though, but we have no doubt that the pain would subside with time as certain days can trigger a wave of new grief that feels difficult to handle.
As painful and sorrowful as it is to me as the last born of the house, our beloved father’s death anniversary is an opportunity to celebrate his life and legacy as well as reexamine the changes in our life after his passing. His qualities continue to live within us and they reflect how our grief has changed over the years. We have all moved through the cycle of years feeling his absence on each anniversary and through ordinary moments as well as major milestones.
Alimah Sadiat, one of his daughters said Pa Obiwusi who was the principal of Baptist High School could never forget and always commend Pa Alimi for taking children`s education his topmost priority. As he was always check on them and paid school fees as at when due.
He made sure that all his children attended Amin Arabic Training Center to broaden their knowledge of Islam and how to live a better life.
Pa Alimi is survived by his wives, children and grandchildren among whom are Alhaji Aleem Musbau Adekunle, Aleem Maruf Akanni, Chief Imam in Port Harcourt, Aleem Ayofe Ibrahim, Murtala Aleem of Tell Communications Limited, publishers of TELL Magazine.

Sanwo-Olu comes out of isolation after recovering from COVID-19‎

Viewpoint: TURNING THE TIDES AGAINST INSECURITY IN NIGERIA

Viewpoint: I stand by Kashim Shettima!

Viewpoint: RE: ABIA OF BLIND LEADERSHIP