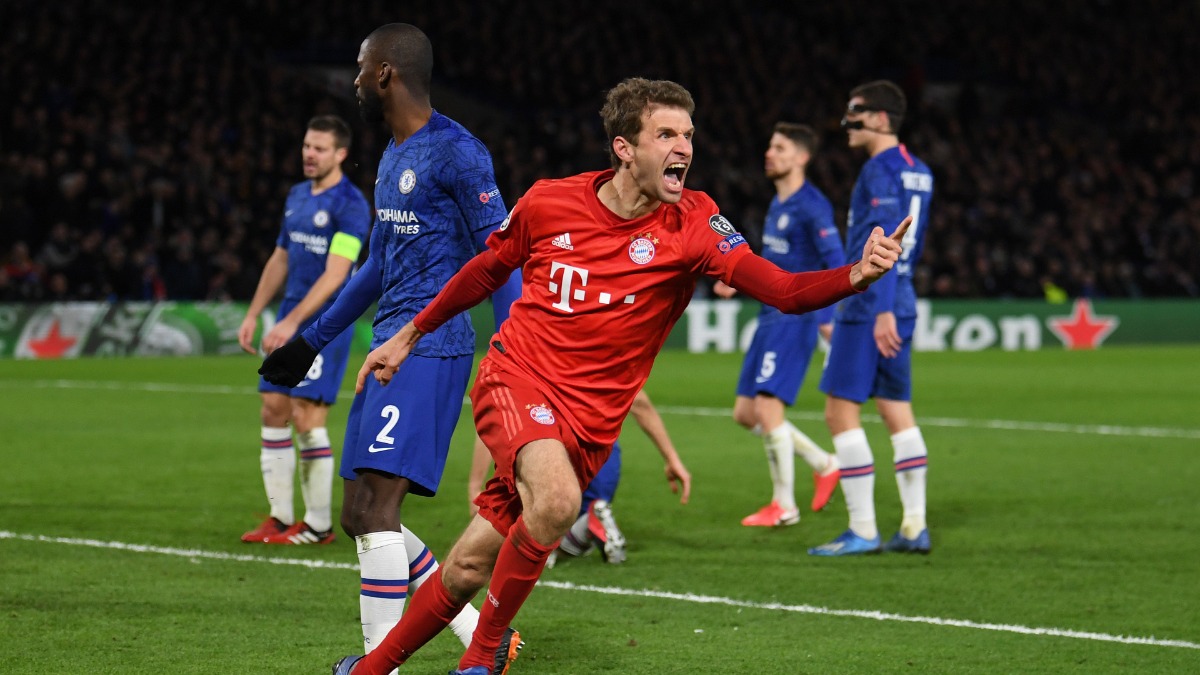 Bayern Munich will meet Barcelona in the Champions League quarter-finals after Robert Lewandowski inspired them to a crushing 7-1 aggregate win over Chelsea.

Having established a commanding 3-0 first leg lead at Stamford Bridge back in February, Bayern quickly made it 5-0 on aggregate when Lewandowski – from the penalty spot – and Ivan Perisic scored inside 25 minutes at the Allianz Arena.

Chelsea pulled a goal back through Tammy Abraham after a rare mistake by keeper Manuel Neuer, but Bayern’s class shone through.

Substitute Corentin Tolisso made it 6-1 on aggregate when he volleyed home unmarked inside the six-yard area before Poland forward Lewandowski headed the fourth to finish the match with two goals and two assists.

Bayern will now face Barca in a mouth-watering one-game knockout format in Lisbon on Friday.

A long season which started with a4-0 at Manchester United on 11 August 2019 ends – via a top-four Premier League finish and FA Cup final loss – in a heavy defeat and a reminder that Chelsea are a work in progress.

Having been blown away by Bayern in 25 second-half minutes in the first leg at Stamford Bridge, it was always going to require something extra special by Lampard’s side to turn it around in Munich.

The Chelsea boss described his side’s challenge as an “opportunity to do something special” yet it turned into a damage limitation exercise inside the opening 10 minutes thanks to Lewandowski’s precise finish from the spot.

There was a check by the video assistant referee to see if Lewandowski was on-side when he was clipped by keeper Willy Caballero, who received a yellow card for the foul.