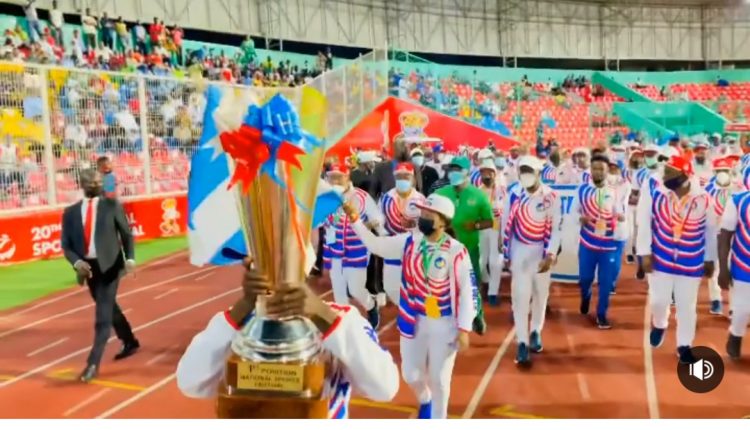 Barring any further change of plans, the ongoing National Sports Festival, Edo 2020, may be called off at noon tomorrow.

This is coming barely 24-hours after a lavished opening ceremony was held in Benin, Edo State capital.

In a statement released Wednesday night by the Project Manager, Media & Communications, Edo 2020, Ebomhiana Musa the local organising committee said it no longer had funds to prosecute the festival.

“The Local Organising Committee, Edo2020 regrets to announce that it will end the games abruptly tomorrow, Thursday, April 8, 2021 for lack of funds,” the statement noted.

Musa in the statement said the decision to discontinue with the Festival was taken at an emergency meeting held Wednsday evening.

The Committee said it had to take this hard decision due to lack of funds having expended its reserves to kick start the games.

It said the federal government had not redeemed its pledge to support the host state financially for the cost of postponements.

“So, we are left with no option than to end the games at noon tomorrow,” Musa noted.

At last, JAMB begins registration of candidates for 2021 admissions