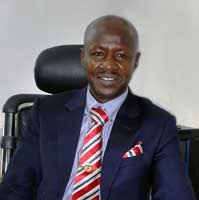 Suspended Acting chairman of the Economic and Financial Crimes Commission, EFCC, Ibrahim Magu has been released from detention.

Though details of his release were not clear as at press time, sources said he was released Wednesday evening.

The embattled Anti-graft boss has been undergoing interrogation by a presidential investigation committee headed by Justice Ayo Salami following a petition against him by the Attorney General of the Federation, AGF, and Minister of Justice, Abubakar Malami.

Following from that, he has also been detained for the period the interrogation has lasted at the Force Criminal Investigation Department, FCID.