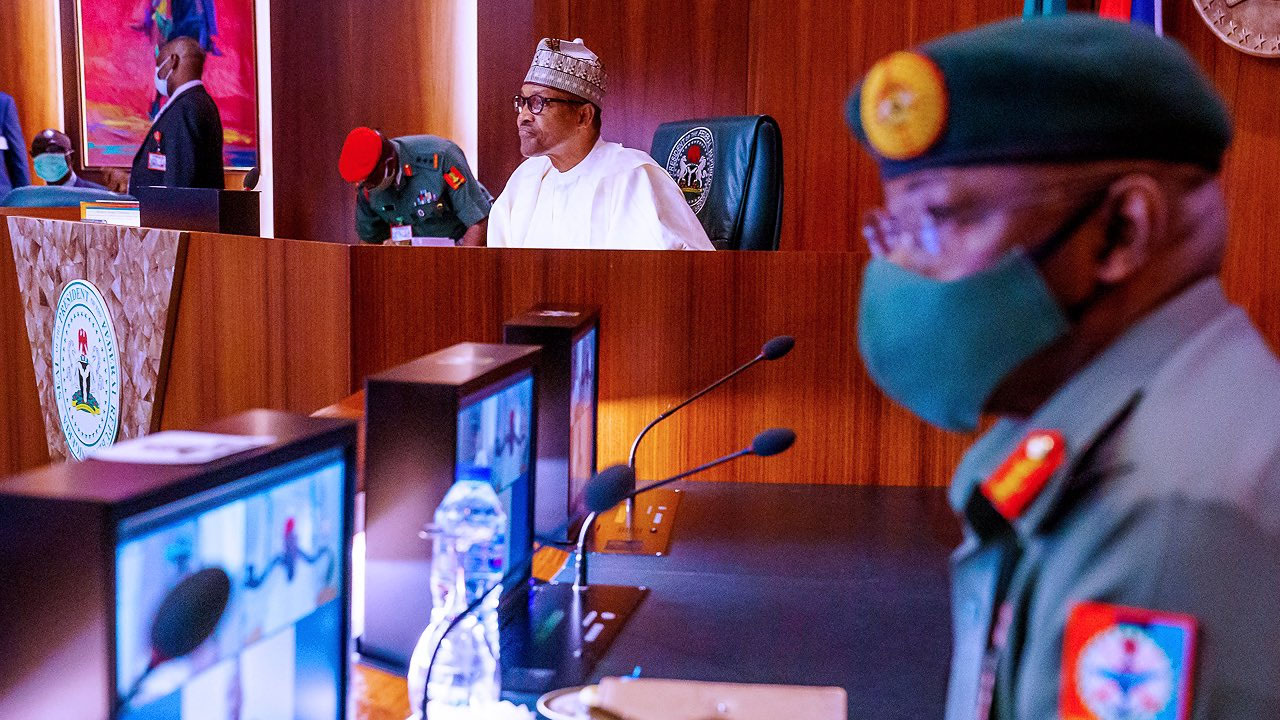 After a three-hour closed door meeting on the state of the nation’s security, President Muhammadu Buhari and some state governors on Tuesday resolved to adopt a joint strategy in addressing the worsening security situation in some parts of the country.

They also vowed to bring various conflicts to an end within time limits, even as they declared that terrorists are not in any way better equipped than the nation’s military.

In a statement issued by the Senior Special Assistant to the President on Media and Publicity, Garba Shehu and made available to newsmen at the end of the meeting presided over by President Buhari, the leaders said the issue of security would be pursued with greater by all tiers of government.

While agreeing that poverty and youth unemployment are the major causes of nationwide security challenges, the meeting however maintained that with increased partnership, the problem would soon be a thing of the past.

“President Buhari, governors end meeting with calls for protection of civilian communities, improved intelligence-sharing” was issued at the end of a meeting Buhari had with representatives of the Nigeria Governors Forum at the Presidential Villa, Abuja on security challenges in the country.

“President Muhammadu Buhari and state governors Tuesday ended their meeting on the state of the nation’s security with calls for a joint strategy to bring various conflicts to an end within time limits, while field commanders would take measures to protect civilian communities as a confidence-building mechanism between the military and those communities.

“It is hoped that when the trust that has been lost between both parties is re-established, there would be improved cooperation in intelligence-gathering and sharing.

“The meeting also agreed that poverty and youth unemployment are at the root of the nationwide security challenges, and needed to be addressed with greater vigour by all tiers of government.

“The three-hour meeting coordinated by President Buhari, and attended by the Vice-President, Prof. Yemi Osinbajo, heads of defence, security and intelligence agencies, and members of the Security Committee of the Nigerian Governors’ Forum represented by one governor from each of the six geo-political zones (in a Virtual Format), focused on the country’s security policies and approaches in tackling the internal security challenges with a charge that intelligence-gathering and sharing must be optimised for the nation to secure itself.

“The President used the opportunity to dispel commonly held assumptions that the terrorists in the Northeast had far more weapons and money than the government, stressing that what is left of them are ‘mere scavengers desperate for food, raiding shops and markets, and killing innocent persons in the process.’”

Shehu also quoted the President as expressing concerns that in spite of the fact that borders with neighbouring countries had been shut, bandits and terrorists continued to have access to small weapons.

“These terrorists are in the localities. How is it that they are not short of small arms?” the presidential aide quoted Buhari as querying the security and intelligence chiefs.