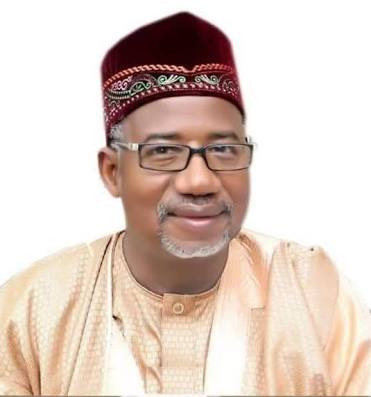 By Segun Adewale in Bauchi

As part of its commitment towards enhancing intracity transportation and commercial activities across the state, Bauchi state government has procured and distributed the first batch of 345 units of the 1000 units of tricycles popularly called Kèké NAPEP to registered members of commercial motorcyclists who’s activities were recently outlawed in the state.

Performing the official distribution exercise on Wednesday at the premises of the State Development Board (SDB) on Wednesday, the State Governor, Senator Bala Abdulkadir Mohammed said that the move by his administration is a kind of palliatives measure to cushion the negative effects of COVID-19 pandemic in the area of transportation.

He disclosed that the State Government has expended the sum of N500 million for the purchase of Tricycles and vehicles to ease transportation challenges caused by COVID 19 in Bauchi State.

It will be recalled that the State Government
previously issued an executive order, placing a ban on commercial motorcycle commonly called ‘Achaba’, for health and security reasons.

The Governor who vowed to continue to empower youths towards his administration’s transformational drive,
explained that the programme is being implemented under the Kaura Empowerment Scheme 2020 managed by the Ministry of Cooperative, Small and Medium Enterprises which will procure a total of 1000 units of tricycles to be given out to the beneficiaries on loan at a subsidized amount.

He further explained that it is a revolving scheme as all the beneficiaries are expected to pay the amount of the kèké NAPEP within 24 months so that more of the units will be procured and distributed until every village in the state get a sizeable number.

Mohammed reiterated the commitment of his administration to enhancing human capital development for the betterment of the citizenry stressing that more job opportunities will be created for youths and women warning that government will not tolerate any act of indolence.

According to the Governor, the keke NAPEP tricycles are being given out on the basis of hired purchase, which would ameliorate the sufferings of former motorcycle riders and provide income generating venture for unemployed youths.

“To provide income generating venture for our people and ameliorate the difficulty in transportation, we are providing 1,000 units of keke NAPEP, and it will be a continuous programme, like a revolving scheme to enable others benefit from the scheme”

He further explained that the ban on commercial motorcycles operation is a temporary one until the COVID-19 pandemic was reduced drastically in order to promote social /physical distancing protocol stressing however that the ban in the state capital is permanent.

The Governor then warned the beneficiaries of the scheme to ensure that they do the daily remittance of the agreed amount to enable the revolving scheme benefit others who are on the queue waiting for their turns.

In his address earlier on, the Commissioner of Ministry of Cooperatives, Small and Medium Enterprises Development, Alhaji Usman Mohammed Saleh said that the programme is in fulfillment of one of the campaign promises of the Governor to create employment opportunities for the youths.

He added that the Ministry has completed all bank procedures and is standing as guarantor for the scheme just as the Governor refused the proposal for an initial deposit of N100, 000 by each of the beneficiaries but directed that the kèké should be given out to the union which will ensure that the amount was repaid within 24 months.

It is expected that each of the beneficiaries will make a daily delivery of the sum of N1000 which must be deposited at the Yankari Microfinance Bank before going out for the next day’s operation just as the tricycles are to be parked centrally in one location for security purpose.

Arotile buried in Abuja amidst torrents of tears