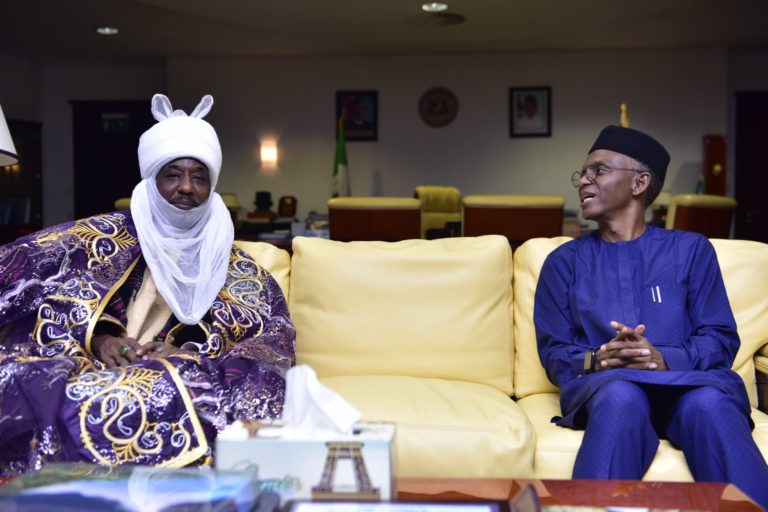 Over five months after he was deposed, former Emir of Kano, Muhammad Sanusi ll on Sunday returned to Kaduna, less than 200 kilometers away from Kano where he reigned as king.

The former traditional ruler was deposed by Governor Abdulahi Ganduje on March 9, 2020. He was shortly after his deposition appointed as the Pro Chancellor of Kaduna State University and Vice Chairman of the State Investment Promotion Council by Governor Nasir el-Rufai.

A close aide of the monarch, Dr Suleiman Shinkafi, said the former emir would be in Kaduna for a week to receive visitors who had wanted to come to see him.

“Since his dethronement, many people have indicated their intentions to visit him in Lagos. But the monarch decided to relief them from the stress of travelling as far as Lagos,” he stressed.

Shinkafi also said the monarch will visit Sokoto to greet the Sultan Muhammad Sa’ad before moving to Azare, Katagum where his late grandfather, Muhammad Sanusi l stayed when he was deposed by late Sardauna of Sokoto, Sir Ahmadu Bello.

It is not clear at the time of filing this report whether he would visit Kano.

He later met with Governor el-Rufai at the Government House, Kaduna.

Trader caught eating faeces with bread inside his shop in Ibadan