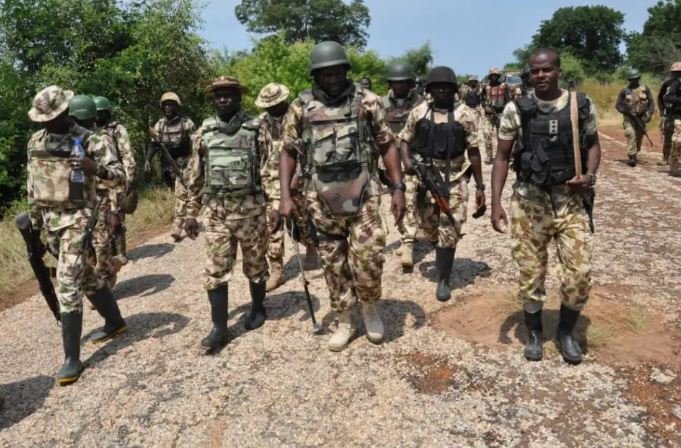 The Defence Headquarters on Monday vowed to sustain its ongoing efforts to rid the North East zone of the country of terrorists, expressing optimism that before long, Boko Haram will become history in Nigeria.

In a statement made available to newsmen in Abuja, the Coordinator, Defence Media Operations, Maj. Gen. John Enenche, said the troops of 192 Battalion supported by the Air Task Force, raided the location and overwhelmed the Boko Haram and Islamic State West Africa Province elements during the operation.

According to him, many injured terrorists fled with gunshots, noting that the troops also cleared nine identified BHT/ISWAP structures and farmlands in the area.

He further noted that in continuation of the operations against armed banditry and cattle rustling in the North-Central zone, troops of Operation Whirl Stroke arrested four bandits and recovered arms and ammunition during two raids at identified bandits’ camps.

Enenche explained that in one of the operations conducted on Sunday, the soldiers deployed at Guma in Benue State and Keana in Nasarawa State conducted a dawn raid at identified bandits’ camp at Guma forest along the Benue-Nasarawa border following actionable intelligence reports on the camp.

He said the troops stormed the location and engaged the bandits in a firefight, overwhelming them with superior fire and in the process, killed one bandit while others fled with gunshot wounds into the forest.

They also recovered one AK47 rifle, one rifle magazine, one locally-made pistol and three mobile phones at the scene while the camp was subsequently destroyed.

Similarly, troops of Sector 1 deployed at Gagbe in Gwer West Local Government Area of Benue State stormed the bandits’ hideout at Tse Agi and apprehended four suspects at the scene while one AK 47 rifle, two rifle magazines, and 46 rounds of 7.62 mm special ammunition were recovered.

“The hideout was subsequently destroyed while the suspects are currently being profiled after which they will be handed over to the appropriate prosecuting agency for further action,” the Defence Headquarters stated.