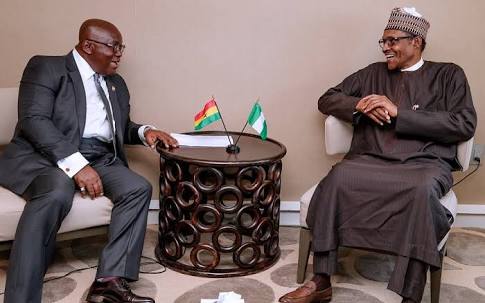 Ghana to FG: 700 Nigerians deported in 2019 are criminals‎

The Ghanaian government has said 700 Nigerians deported from the country in 2019 were involved in criminal activities, including armed robbery, fraud and prostitution.

This was contained in a statement issued by the Ghanaian government in response to accusations from the Federal Government of Nigeria, which said Nigerians in Ghana have been subjected to harassment by Ghanaian authorities.

The Federal Government accused Ghana of aggressive and incessant deportation of Nigerians, noting that between January 2018  and  February 2019, 825 Nigerians were deported from Ghana.

However, responding to the accusation, Ghana, in a statement signed by its Information Minister, Kojo Oppong Nkrumah, said the 700 Nigerians deported from the country in 2019 are criminals. ‎

Nkrumah said, “In 2019, seven hundred (700) Nigerians, who were found to have been involved in criminal activities such as fraud, prostitution, armed robbery etc, were deported.‎”