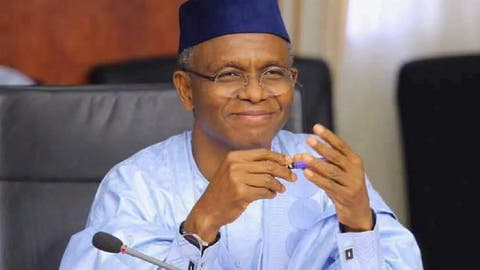 Insecurity: We’ll not negotiate with or pay ransoms to bandits – el-Rufai reaffirms

Governor Nasir el-Rufai of Kaduna State has reaffirmed his administration’s position not to negotiate with or pay ransom to bandits in the state.

The governor also warned that anyone caught negotiating with bandits, on government’s behalf would be prosecuted.

The State government’s latest position was contained in a statement by the Commissioner for Internal Security and Home Affairs, Mr. Samuel Aruwan.

“The attention of the Kaduna State Government under the leadership of Governor Nasir El-Rufai has been drawn to reports in the media that it has appointed representatives to interface with bandits on its behalf.

“The Kaduna State government hereby clarifies firmly that such intermediaries have never been appointed.
“The position of the Kaduna State government remains the same: the Government will not negotiate with or pay ransoms to bandits.
“Any person who claims to do so in any capacity, if found, will be prosecuted accordingly.  Citizens are urged to report the details of any persons posing as official government negotiators to the Kaduna State Security Operations Room on 09034000060 and 08170189999, or email internal.security@kdsg.gov.ng.”